More than a third of visitors to Western Australia who used Airbnb said they would never have had a holiday if it wasn’t for the online home-share platform, the company asserted today, as it fought back against criticism by Tourism Council WA and the Australian Hotels Association. 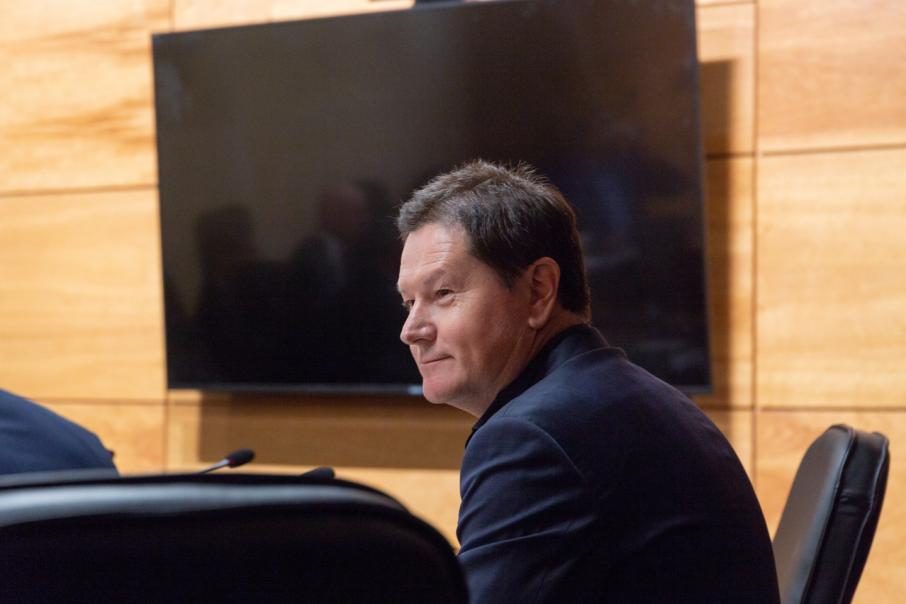 More than a third of visitors to Western Australia who used Airbnb said they would never have had a holiday if it wasn’t for the online home-share platform, the company asserted today, as it fought back against criticism by Tourism Council WA and the Australian Hotels Association.

The latest development in the ongoing dispute came at the parliamentary inquiry into short-stay accommodation this morning, which is to be completed by June.

“No-one visits websites like Airbnb to work out where they are going on holiday, they have already decided and are just looking for accommodation,” Mr Hall said.

Airbnb head of public policy Australia and New Zealand Brent Thomas disagreed, saying a lot of people came to WA because of Airbnb.

“You have people who aren’t travelling the way their parents or grandparents travelled, they want a different, more authentic local experience,” he said.

The Tourism Council commissioned its own independent economic analysis, which reported Airbnb cost the state $300 million in gross state product and 2,800 jobs in 2018.

Mr Thomas said other organisations were conflicted and he stood by his data.

“They are making submissions on the basis of competitive interests and they have got self-interest in that,” he said.

“Deloitte has done a study which talks about the contribution Airbnb guests make to local communities and local jobs and I’d stand by Deloitte’s data.”

However, Mr Hall raised concerns about the effect of Airbnb on residential housing affordability.

“Renting an unhosted residential dwelling on a short-stay basis for commercial gain for even one night means the dwelling is no longer available for long-term residence by an owner or tenant,” he said.

Mr Thomas said there were 10 times as many empty homes in WA as there are Airbnb properties, and listings on the home-share platform represented less than 1 per cent of housing stock.

During the inquiry, chair and member for Swan Hills Jessica Shaw said Airbnb’s submission to the inquiry didn’t address the issue of properties or apartments bought solely for the purpose of being leased on Airbnb, the renting out of entire homes as venues, or noise complaints.

Mr Thomas said these ‘proxy hotels’ existed but made up a small percentage of Airbnb listings.

Airbnb country manager Sam McDonagh said the platform had a neighbourhood tool allowing people to complain about hosts and occupants.

Airbnb has submitted a plan for regulation calling for state-wide rules, with a sliding scale of regulation depending on whether a person is sharing their own home, a holiday house or a non-primary residence. It also recommended new powers for strata and a mandatory code of conduct.

By contrast, the Tourism Council called for a state register of residential short-stay accommodation under which properties would be required to meet insurance, hosting and disability standards and agree to a code of conduct. It also wants to allow hosted short stays in residential houses while prohibiting stays that are not hosted.

The council also suggested people who host should be required to pay a fee and to amend building standards and planning regulations so commercial short-stay accommodation was permitted where residential short-stay is allowed.

Chamber of Commerce and Industry of WA chief executive Chris Rodwell said Western Australia cannot afford to be the only state to put onerous and unnecessary regulation on Airbnb.

“It will put the state’s tourism at a further disadvantage,” he said.

“Every other state has closed this debate and dismissed alarmist calls for onerous regulation for the simple fact that it makes accommodation more expensive and will drive tourists to other destinations.

“Going alone on Airbnb regulation would put the vast majority of WA tourism operators at a disadvantage.”

Airbnb’s Mr Thomas said he was positive about the inquiry process because he had seen it play out in South Australia, Tasmania and NSW.

“I think there are some really good local examples that WA can look to help grow tourism, provide certainty for home-sharers and also crack down on those very rare instances of any bad behaviour,” he said.