Aim low on price for long-term

Now the boom is over, keeping costs low and margins tight is necessary for survival. 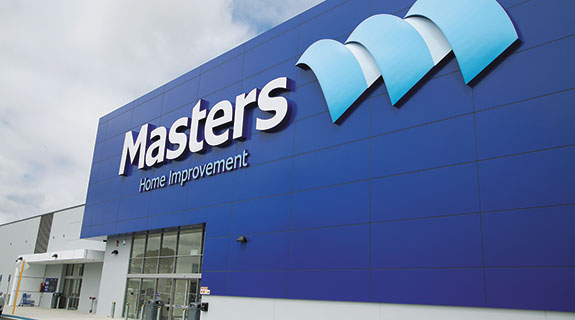 NEEDS FIXING: Woolworths’ attempt to compete in the hardware business has cost the group billions of dollars. Photo: Attila Csaszar

I don't pretend to be a management strategist, but having been on the management committee of a successful business and observed all manner of other commercial enterprises, I enjoy comparing the choices made in terms of culture, brand and direction.

One of the most fascinating areas to watch is that of pricing.

At its most basic level, pricing is the key ingredient of sales. For commoditised industries, where one company’s product is easily substituted for another, pricing is pretty much it.

Iron ore is a good example. We’ve heard plenty about this commodity and how Australia ought to be manipulating prices by restricting supply.

By contrast, a fancy timepiece advertised by a jet-setting movie star might command tens of thousands of dollars, while a less prestigiously branded watch that does all the same things, and may well be built in the same factory, won’t break the limit on a basic credit card.

While I am huge admirer of those who appear to be able to charge any price, or at least a higher price than their rivals, time usually erodes the value proposition of anyone who enjoys a higher margin than they ought.

There are a number of reasons why this happens. Most are obvious but it is worth considering this when bearing in mind our current economic circumstances.

Competition: Choice is a great price leveller. Perhaps the greatest example of this in Australia currently is Woolworths, which has held its margins, lauded as the best in the global retail world, at the expense of volume and market share. After Coles got its act together under the stewardship of Wesfarmers, Woolworths now has to face German imports such as Aldi. Higher priced independents are also threatened.

New substitutes: The wool industry is an example I have used before. Australian wool producers dominated the global market and thought they could dictate high prices by buying their own product. Textiles companies eventually reallocated capital to mills that could produce cloth from cotton and synthetics. Wool prices are now high, but it is a niche material.

Information: Technology creates transparency, and nowhere is this more evident than online purchasing. Almost any product and most services can be obtained this way.

Economy: Necessity is a great driver of prices. High prices for premium goods are hard to maintain if consumers fall on hard times.

Market maturity: The need for growth is constant in successful companies. They can’t stand still and will seek to use their management skills to expand geographically, into new products or lower the price of existing products to grab more market share. Several leading carmakers have done this, including BMW, offering new vehicle lines in price brackets that were previously beneath them.

Sweating assets: This means making more with the same equipment. That usually results in greater supply at a lower cost per unit, which in turn allows lower prices to create higher demand.

Innovation: Be it in manufacturing, logistics or marketing, new thinking can allow companies to lower their costs to make products or services more competitive with existing providers.

I’m sure readers can suggest a few more I’ve missed.

Ultimately, all of these scenarios require producers of goods and services to continuously aim to keep their prices as low as they can, otherwise competitors will always have room to enter the market or grab market share.

But that doesn’t always mean lowering prices. Market share can be defended by adding value, which increases the cost of supply and effectively lowers margins – the same impact on the producers as if prices were lowered.

It is no coincidence, in my mind, that Wesfarmers’ most successful retail business, Bunnings, advertises everyday low prices. That doesn’t mean tacky or cheap; it’s just a brand positioning that they will do their best to provide goods at the lowest possible price by running their operations efficiently and, as harsh as that seems sometimes, pushing for the lowest possible cost from their suppliers.

In the case of Bunnings that message is loud and clear, and it has monstered Woolworths’ ham-fisted attempt to compete in hardware with its Masters business, costing the new rival billions of dollars.

Is iron ore any different? I don’t believe so. The iron ore majors did what any sensible producers of goods and services do – aimed to maintain or grow market share at the best possible price. Anything less and the market would have invested capital elsewhere. There would still be an iron ore flood, it just would have been coming from another continent, like Africa, and Australian producers would eventually have seen same low prices for much lower market share.