The recent $100 million sale of Agworld is a badge of success for WA tech but also reveals the sector’s limitations. 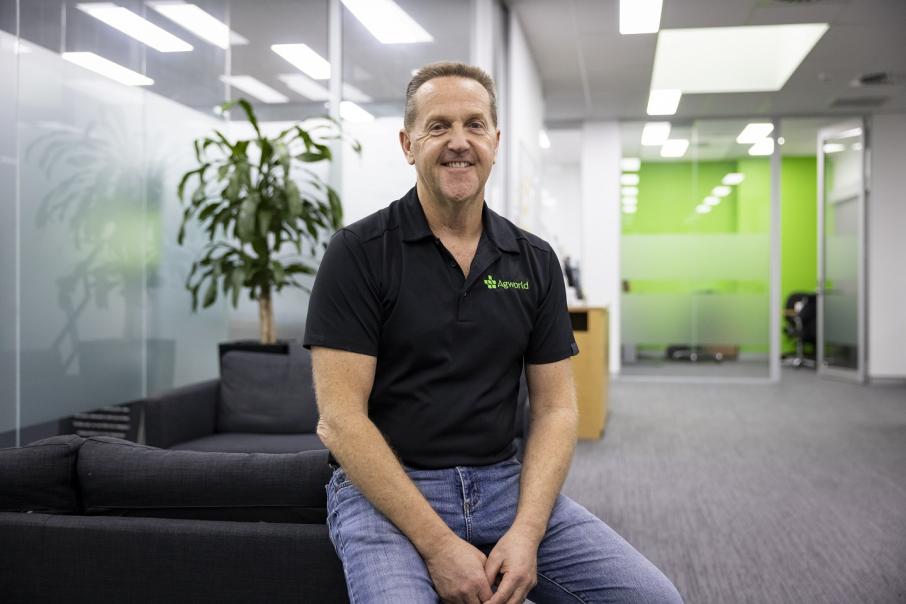 The WA Information Technology and Telecommunications Alliance named four inaugural members of its hall of fame in 2018.

These were Western Australian success stories that had shown how local startups could develop to become mature businesses with real customers and substantial sales revenue.

Three years on, just one of those – medical booking service HealthEngine – remains an independent business.

The other three have been acquired by larger interstate or international businesses with access to deeper pools of capital needed to support their growth.

Messaging platform ClickSend was acquired in 2019 by Melbourne-based MessageMedia, which itself has just been bought by Swedish giant Sinch.

Agworld has followed a similar path, finding a buyer in Canadian company Semios in a deal understood to be worth well north of $100 million.

These transactions have effectively shifted control of local technology – and the destiny of local businesses – to interstate or overseas, where the money resides.

But they also provide access to larger markets and opportunities for local talent.

Agworld founder Doug Fitch, who will become a shareholder in Semios after being paid a mix of cash and scrip, sees a big upside from the transaction.

“I will continue to lead the business under our existing brand,” Mr Fitch told Business News.

“Everything remains much the same.

“The team here is the same and the business work ethic and ethos and focus are the same.”

“How do we solve the challenge of using farm data to create prescriptive and predictive insights for farmers to manage their risk?” he said.

“That hasn’t been solved yet.”

“Artificial intelligence has been around for a while, but it hasn’t been used effectively yet.

“Agworld and Semios, with our user base and technologies, have the capacity to bring those insights to market, and in a sustainable way.”

Agworld has been on this journey since Mr Fitch jointly established the business in 2009.

“I’m very passionate about it.

“I’ve got my own farm that my family runs for us.”

Mr Fitch said there had been lots of consolidation in the agtech sector.

“What we’ve seen is a plethora of applications,” he said.

“We’ve ended up with a heap of businesses that are sub-scale.”

Mr Fitch estimates the bulk of agtech companies would have less than $1 million of annual revenue.

Agworld is one of a handful to have revenue of more than $10 million, supported by a global team of 63 staff, including 45 in WA.

The growth was on the back of an expansion into overseas markets: South Africa in 2010, followed by the US, New Zealand, and Canada.

“To get a return for your investors, you need to go global,” Mr Fitch said.

“Most businesses fail when they expand to other countries because you need to put in place systems that operate across the business globally, plus people who can operate, and you need to build your product so it’s fit for each local market.

“That all takes a lot of money and time, and time is the enemy.”

Agworld raised a total of $20.5 million from investors over the past decade to fund its growth.

Venture capital funds such as Yuuwa have a defined life, which means their investment needs to be refinanced at some point.

That triggered a review by Agworld, which brought in Macquarie Capital and law firm Mills Oakley as advisers.

Mr Fitch said he gave serious consideration to a listing on the ASX.

“We looked at it pretty hard, but it would have taken three or four years,” he said.

“We would have had to raise mezzanine capital, acquire a few companies, [and] get up over $20 million of revenue, which is what you need to be noticed on the ASX.

“You need critical mass or you suffer the consequences.”

Semios approached Agworld a little over a year ago, while it was evaluating options.

Mr Fitch said due diligence was undertaken in both directions, looking at values and culture as well as strategy and market.

He said the products developed by each company were complementary.

“There was no overlap between the product sets,” Mr Fitch told Business News.

Semios is a substantially larger business, with annual revenue of about $70 million.

Combined with Agworld, it will be one of the largest independent agtech providers in the world.

Mr Fitch said the deal provided a potential pathway for farmers to buy into the business.

“The only way to remain independent and create a structure where farmers might be able to buy into the business is to take this path,” he said.

“If Semios reaches more than $100 million in revenue in the next few years, then a public listing may occur, which would allow farmers and others to buy into the platform.”

On-farm focus Mr Fitch said he expected to spend a lot of time overseas, especially in the US.

“The business takes ideas from local markets and applies them at a global level,” he said.

“As we’ve got bigger and been able to systemise everything at scale, we’ve got better and better at doing that.

“We will continue to work that way.” 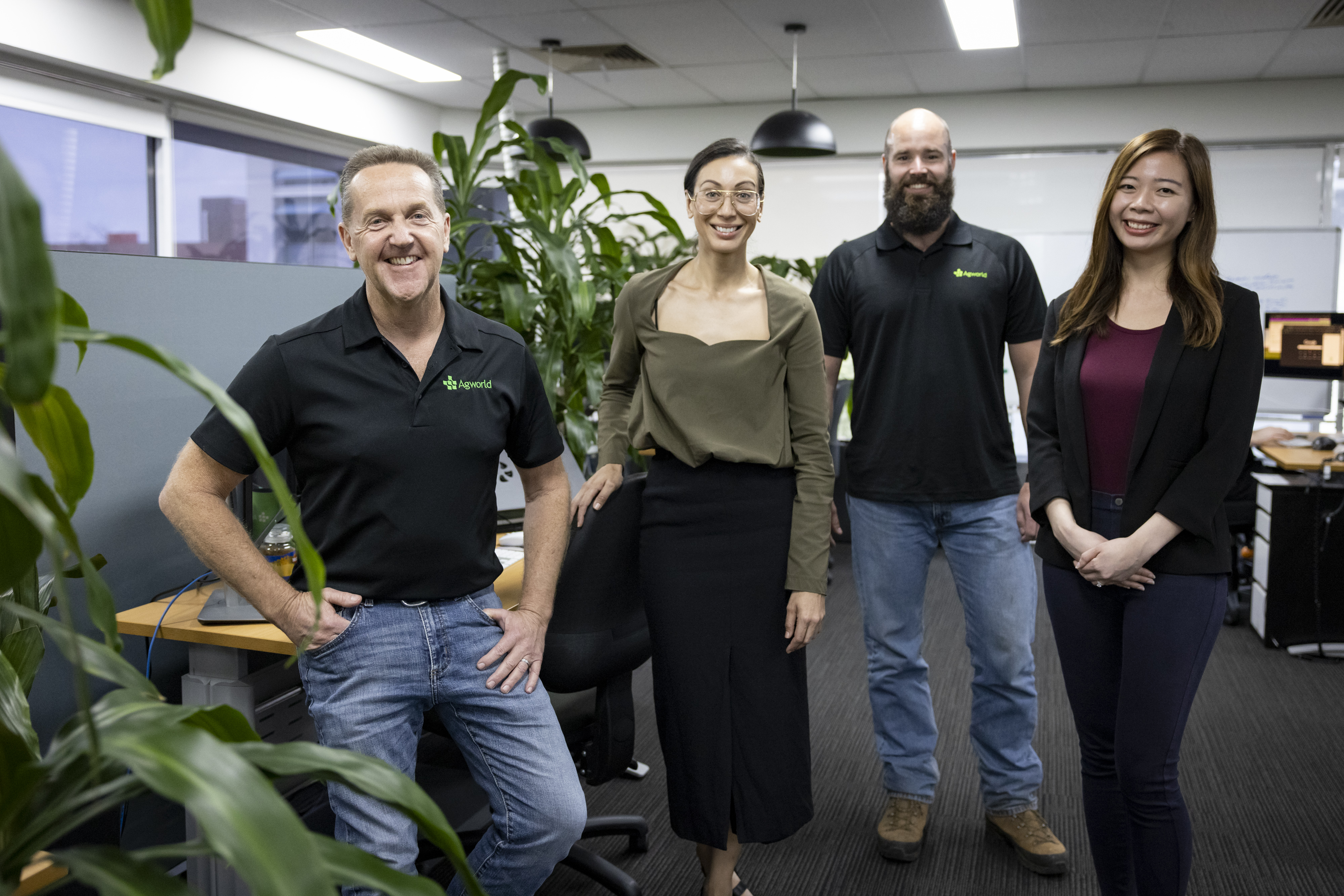 Mr Fitch emphasised that Agworld would continue to work closely with farmers and their service providers, such as banks, agronomists, and accountants.

“You’ve got to be out with your guys on the front line, talking to your clients, making sure that we are delivering value,” he said.

“You need to keep it real and be pragmatic.

“I think that’s been the failing of a lot of tech companies, particularly out of Silicon Valley, where they feel they can develop products in isolation and just drop it on farmers.

“We’ve always been in the trenches out on the farm, that’s a big part of who we are.”

To broaden its product offering, Agworld has established a strategic alliance with KCoe Isom, focused on the transition to a paperless office for farmers.

“That’s where the industry is heading,” Mr Fitch said.

“Digitising the farm back office is the next step.”

This would include systems where invoices are digital and uploaded automatically, with all data uploaded to the accounting system so it can be accessed on a real-time basis.

Mr Fitch said he remained focused on expanding the business.

“A lot of founders come in, start a business, and their whole strategy is to sell the business, make money and retire,” he said.

“Mine has always been to just build the best platform for agriculture, and that’s what my team have bought into because they are engineers and scientists.

“We will be expanding, this will be a bigger business in Perth, so that’s a good thing.”

Yuuwa is a rarity in the WA market, which has a conspicuous lack of venture capital funds.

The founders raised $40 million a decade ago and subsequently invested in about half a dozen tech businesses.

“Doug is a great success story, not just of WA business but of Australian business,” she said.

“We have a range of projects we are working on at the moment,” she said.

This included evaluating potential opportunities to establish a new fund.

“We are looking at different ways of doing it,” Ms McCall said.

“The government needs to really back not just new ideas, but they need a pathway to grow businesses from mid to large scale,” he said.

“That’s where you run into trouble.

“What often happens is we get a lot of innovation up front and you get to $3 million to $5 million [in revenue)], and then it just goes offshore or it folds.

“To get to $10 million is really quite hard and you need more capital.”

Mr Fitch said R&D tax refunds were one of the best measures in place, but the lack of mentors and venture capital funds was a problem.

There is a long list of WA tech companies that have been bought by interstate and overseas investors with deep pockets during the past two decades.

Another mining technology pioneer in WA was Fractal Technologies, which was bought by Brisbane-based RPMGlobal Holdings.

In more recent years, Immersive Technologies was bought by Japan’s Komatsu, and Micromine was acquired by Sydney-based Potentia Capital.

It’s a similar story in the biotech sector.

US company Sarepta Therapeutics, for instance, is achieving strong sales growth after acquiring drug technology originally developed at the University of Western Australia and the Perron Institute.

Similarly, US company Iroko Pharmaceuticals is successfully commercialising a drug delivery platform it acquired in 2011, when it bought Perth company iCeutica.

In most of these cases, there remains some upside for WA.

Immersive is continuing to develop new training simulators for the mining industry, this month launching its latest model at a trade show in Las Vegas.

Micromine is on a growth path, recently announcing its second acquisition, and RPMGlobal this month opened its asset management centre of excellence in Perth.

Even Sarepta’s success has a flow-back to WA, with the company paying $25 million in royalties to the local inventors of its drug technology, and with the prospect of more in future.

While Perth has always lacked venture capital funds, many technology companies have opted for an ASX listing to fund their growth.

HealthEngine may head in the same direction, with the company reportedly assessing a $100 million initial public offering.

It recently raised $146 million to fund the acquisition of a UK competitor and has lifted its market capitalisation to $550 million.

That’s a rare example of a Perth-based tech company outside the mining sector building a global business, all funded via the ASX.