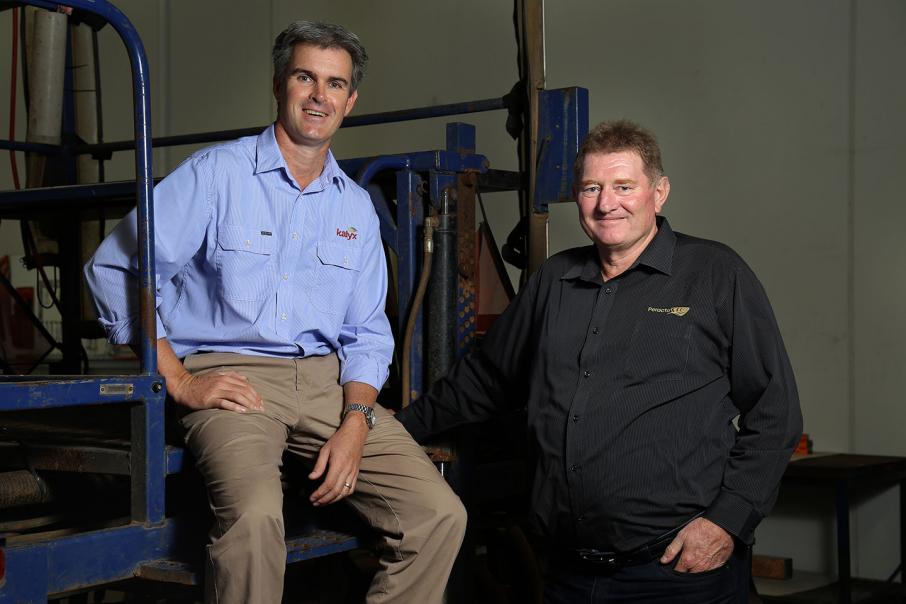 The tie-up between Perth-headquartered Kalyx and Peracto comes amid a changing business landscape, following the entry of two major European players in recent years.

Field-testing consultants such as Kalyx are engaged by producers of fertilisers, chemicals and other products to certify their safety and reliability, ticking them off before they enter the market for farmers to use.

Many such products are developed internationally.

Another line of business is doing work for organisations such as the Grains Research Development Corporation, the federal body tasked with funding innovations in the grains sector.

Kalyx commercial director Ashley Bacon said consultants would lease patches of land from farmers to test products in the field that were under development.

“By the time (product) comes to Australia it has often (undergone) some preliminary testing overseas. We get it, we take it to the real laboratory out there and we test it across the range of soil types and environments,” he said.

Mr Bacon said the company’s focus had traditionally been on products and research relating to broadacre farming, with the recent merger presenting an opportunity to expand operations into horticulture, such as fruit and vegetables.

“But we didn’t have any exposure to horticulture, which we see as a big opportunity moving forward.

“We’ve also moved into a new area of residue testing a few years ago via an acquisition, and a lot of that work is in horticulture.

“The merger with (Peracto) is largely about bringing in expertise; horticulture is a very specialised area that you don’t want to half-do.”

Mr Bacon said the merged entity would have about 80 employees, and Peracto would bring expertise in field testing products used on vines, trees, vegetables and turfs, which he hoped could be introduced to interstate markets.

“In terms of broadacre work in Australia there’s wheat, canola, barley lupins, you start to run out of crops fairly quickly,” he said.

“If you look into the vegetable shop, how many vegetables do you see there?

“And then you walk over to the fruit counter.”

The Kalyx-Peracto deal was completed in a very quick time frame, according to Peracto WA regional manager Mark Sumner, because he had previously worked with representatives from Kalyx and they had a strong level of trust in their relationships.

Business News understands the merger came together in about a month.

Post-merger, which is expected to complete on April 1, Mr Sumner will take shares in Kalyx, joining around 10 major shareholders (who run interstate offices), and a seat on the board.

Mr Sumner, who has worked in the sector for nearly four decades, said the next move would be finding and training the right people and setting up operations in new regions where cropping might be different.

“My challenge is to duplicate what we do in Western Australia within Peracto right around Australia,” he said.

Kalyx has opened new branches, including one in Toowoomba, Queensland, to target horticulture in particular.

Other subsidiaries, including the WA division, were not involved.

Another company, Luxembourg’s Eurofins Scientific, acquired an 81 per cent stake in York-based Agrisearch Services in March 2013.

The company has bought into similar research businesses in Australia, including one focused on food testing, on veterinary science, and on soil and air sampling.

In its 2016 annual report, Eurofins flagged building further labs in Australia and Singapore in 2017.

Mr Bacon said Kalyx would be the largest Australia-owned entity in the agribusiness research space.

“The environment has been changing competitively in the past few years,” he said.

“We have no intention of selling out to the big guys overseas.”