Western Australia’s biggest homebuilder and the state’s most prolific land developer say the heat has come out of the new house and land market, with home buyers set to reap the rewards of an affordability breakthrough over the next 12 months. 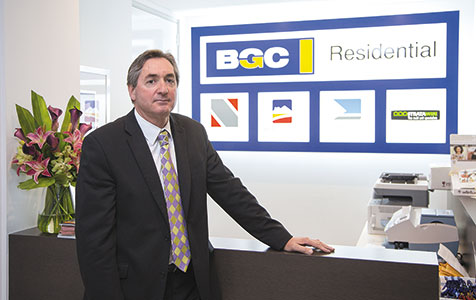 Western Australia’s biggest homebuilder and the state’s most prolific land developer say the heat has come out of the new house and land market, with home buyers set to reap the rewards of an affordability breakthrough over the next 12 months.

Much of the strong demand for housing in recent years has come from international and interstate arrivals, but these numbers have fallen away, according to the Australian Bureau of Statistics.

Recent Housing Industry Association research showed WA builders produced 4,000 homes more than required in 2013-14, while at the same time the flow of interstate migrants had almost dried up entirely.

ABS figures show the number of interstate arrivals in 2013-14 only just exceeded the number of local residents moving out of WA, with net intestate migration coming in at 1,771 people.

At the same time, WA-based builders have been rolling out houses at a record pace, with construction on 6,160 detached houses begun in the June quarter.

In all, 29,048 home builds were started in WA for the full financial year, a 20 per cent lift on the previous year.

There was also a record number of building approvals over the past year, with 31,238 dwellings approved to be built in the 12 months to the end of September, the HIA said.

But the HIA said approvals were likely to track sideways over the next year, rather than experience a second round of record-setting growth.

BGC Residential chief executive Kelvin Ryan told Business News the reduction in demand and the high levels of supply had resulted in falling prices across the established homes market, for both sales and rentals.

“The only thing to go up in the last quarter was the price of land,” Mr Ryan said.

“When everything else is getting pushed down, there’s got to be some pressure on that to come down.”

He said the other aspect that would assist housing affordability would be developers rolling out blocks that cost less than $200,000.

“There’s been a real shortage of affordable land in the last 12-18 months, but there are two to three developments coming on that will start to provide that,” Mr Ryan said.

Mr Ryan said he expected land prices to fall around 5 per cent over 2015.

Satterley Property Group managing director Nigel Satterley said he did not expect a fall in land prices over the next 12 months, forecasting price growth of around 3 per cent.

But Mr Satterley said competition between developers was becoming intense in what he described as a more normalised market.

“There is adequate supply of land to be developed,” Mr Satterley said.

“Competition among developers is arcing up and by February, in all of the popular estates, you won’t have to wait more than three months to get a title.”

“There is nothing in the established market available where they want to live, so they are taking up homes in new master planned communities.”