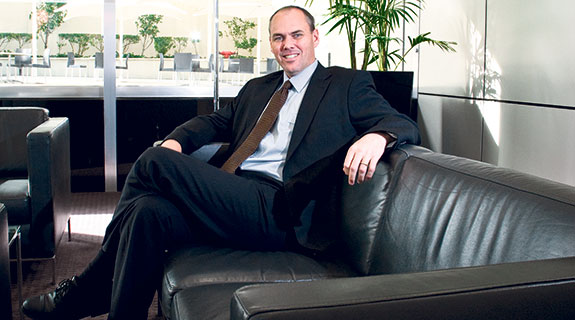 Ken Jagger will be chief operating officer of the global firm.

The two firms will have about 600 lawyers across seven offices in Australia, Asia and London.

The deal is due to complete in March, with the new business to be known as LOD in the second half of 2016.

AdventBalance was established in its current form in 2012, after Advent Lawyers in Sydney and Balance Legal in Perth merged.

The two firms had been established independently in 2008, but both had the same business model, with a focus on flexible delivery of legal services using teams of freelance lawyers.

LOD commenced in London in 2007 with eight lawyers, using the same business model.

AdventBalance brings about 300 lawyers and offices in Hong Kong, Singapore, Sydney, Brisbane, Melbourne and Perth to the merger.

The company said today this included about 30 lawyers in Perth.

The merged firm will be led by London-based CEO Tom Hartley.

Former Freehills partner Ken Jagger, who founded Balance, will remain in Perth as chief operating officer of the global firm.

Sandra Gibson will continue as managing director Australia and Leanne Smith will be global CFO, with both based in Perth.

Mr Jagger said AdventBalance and LOD have always shared the same cultural commitment to their lawyers and clients.

“For our lawyers we have provided access to top tier work while allowing them to balance their other interests,” he said.

“For our clients we have provided high-quality lawyers on a flexible basis.

“The merger will enhance our ability to do both by providing lawyers with more opportunities and clients with global coverage.”