Adelaide hitches a ride with 42 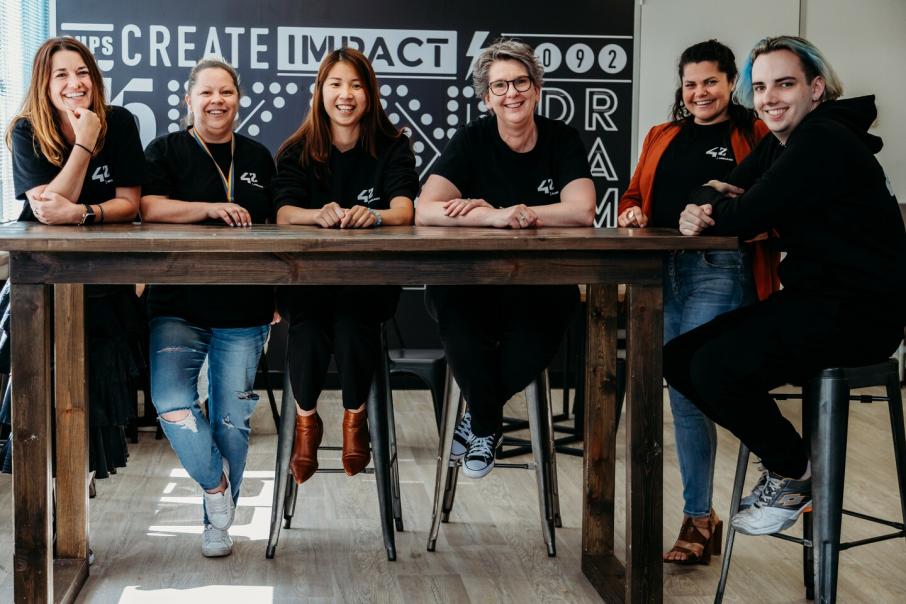 Australia has joined a global network of innovative, accessible and inclusive coding schools with the recent launch of 42 Adelaide.

Providing a potential solution for Australia’s growing tech skills shortage, 42 Adelaide is the first of its kind in Australia and joins such schools in 20 countries.

The concept was devised by French billionaire Xavier Niel and is based on a belief that great minds are everywhere and social status shouldn’t hinder learning.

In that vein, 42 Adelaide is free and open to anyone in the city (Adelaide) who is 16 or older.

Launched in June 2021, 42 Adelaide is also unique in that it has no teachers, provides face-to-face learning, and is entirely project based.

“To get the best tech talent, we believe that it’s built not just by learning coding, but you have to be immersed with other students,” 42 Adelaide founder and CEO Louise Nobes said.

The other benefit of this approach, she said, was that it fostered the rapid development of the soft skills often lacking in the tech workforce that were so highly sought after by companies looking for talent.

The school has launched when the demand for tech workers is increasingly exceeding the supply.

According to a Tech Council Report from February of this year, Australia’s tech industry is growing at twice the speed for all other jobs in the country, with the number of jobs up 66 per cent since 2005.

With almost 1 million Australians employed in the sector already, the report predicts that nearly 250,000 more people will be needed to meet the demands of the industry.

This need for emerging talent is one reason 42 Adelaide has been growing rapidly, with support from companies including Lockheed Martin, SRA and Agilent Technologies.

“The companies are really sponsoring the full price of the student, understanding the value and diversity that they’re producing in the market,” Ms Nobes told Business News.

“But they also get the first look of talent, providing a win-win.

New corporate sponsors are coming on every month, providing crucial funding for the school, supplemented with support from local government.

One of the key ways 42 Adelaide is addressing the skills shortage is by expanding the pool of people entering the industry.

Globally, the tech industry is known for its lack of diversity.

This is especially true with respect to the involvement of women, who make up only about 20 per cent of those registered in computer science programs.

Similarly, about 25 per cent of technology roles are held by women, a number which falls with seniority.

Female enrolment at 42 Adelaide stands at 30 per cent, and it is the only campus in the global network to be staffed entirely by women.

“So, in our school, fifty per cent have never coded before; that’s across the whole demographic of our intake,” Ms Nobes said.

“Fifty-five per cent are young people [aged] under 24. From that cohort, fifty per cent are unemployed and twenty-eight per cent have not completed high school.

“Forty per cent of students in our school identify living with a disability, with the top of the list being people with autism spectrum disorder.

"But there are other learning needs like dyslexia and attention deficit disorder.”

The school is also seeking to grow its support of Aboriginal students.

“We’re proud that we do have Aboriginal students through the mainstream approach.

We really want to grow respectfully, safely and with the community in mind,” Ms Nobes said.

In addition to helping to address the skills shortage, studies have also shown diverse teams and organisations are more innovative because they have access to a wide range of life experiences and approaches to problem solving.

Among other ambitions, 42 Adelaide plans to expand to Sydney and then across Australia, including Western Australia.

Another goal is to attain gender parity for the school’s enrolment by 2025, if not sooner.

“Want to be the number one tech school in Australia for diversity and inclusion,” Ms Nobes said.

“That’s what we want to be known for.”

• Dr Kate Raynes-Goldie is a multi award-winning designer, researcher, futurist and certified facilitator of LEGO Serious Play. She is also the CEO of Lovego, where she is improving the dating experience for business women.