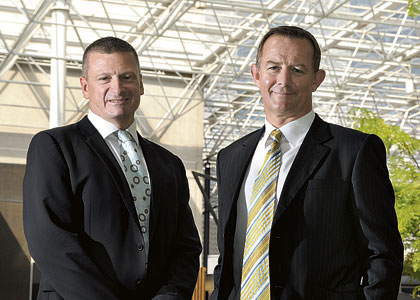 Andrew Birch and Simon Read are to merge their firm Birch Advisory into Vantage to give the business a true national presence.

Turnaround is getting increased traction as a concept in Australia as ailing firms and their financiers seek expertise to keep businesses alive before resorting to more formal external administration avenues.

Mr Birch said the pair – who worked together at McGrathNicol and PPB – had found plenty of opportunity in Western Australia for their turnaround-focused practice, but had struggled to grow the business beyond the two of them.

He said the tie up with Vantage brought a number of benefits, including recognition of a brand established in the finance sector, a bigger pool of talent to resource projects, and administrative back-up that understood the turnaround business.

“They are looking to make a real impact on the rate of corporate failure in Australia.”

Mr Read said he anticipated some challenges for WA businesses in the next six to 18 months as areas such as subcontracting in the mining sector feel the pressure to contain costs from project managers.

“Outside of mining it is a similar story,” he said.

“A lot of businesses in Perth are large unlisted businesses but they are dealing with multinational businesses which are significantly different in scale and negotiating power.”