Adbri has highlighted the importance of domestic manufacturing as it commenced a major upgrade of its Cockburn Cement operations and evaluates regional investments. 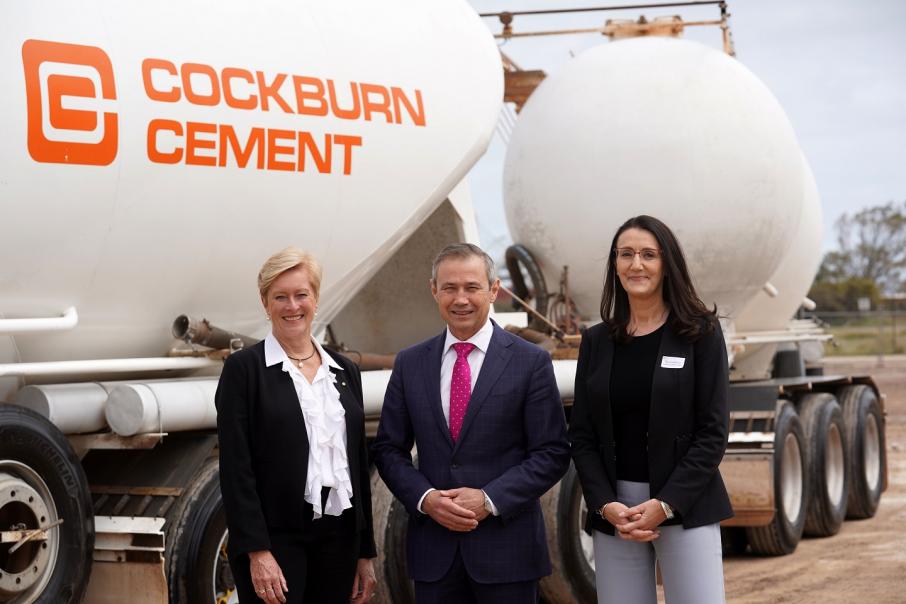 Listed company Adbri has highlighted the importance of domestic manufacturing and local supplies as it commenced a major upgrade of its Cockburn Cement operations.

The Adelaide-based company is also considering new investments in its industrial lime business despite losing its largest customer, Alcoa.

The upgrade includes shutting down its cement plant at the suburb of Munster, where it has faced community protests, and consolidating at its Kwinana site, which will have two new mills as well as an established mill.

The upgrade will increase annual production capacity by 36 per cent to 1.5 million tonnes.

The project will create 130 jobs during the construction phase and is due to be fully operational by mid 2023.

Managing director Nick Miller said the investment would future-proof Adbri’s position as a low-cost supplier of cementitious materials to the construction and mining industry.

It would also reduce the site’s carbon emissions by around 20 per cent - this would come from reduced trucking between sites and more efficient equipment, including a bulk materials conveyor to the Kwinana Bulk Terminal and an automated reclaim system.

“We’ve all seen through COVID that domestic manufacture of essential products such as cement and industrial lime becomes critically important,” he said.

“Reliability of supply has become a very important driver for decision makers.”

“That was a deliberate decision given the heated West Australian market,” he said.

“We have turned away from a turnkey contract to a self-delivery model.

“Part of the self-delivery model is to access small to medium sub-contractors in the market where we have seen better value in what is a very heated market.”

Mr Miller said Adbri was continuing to assess the development of three new lime kilns to supply the resources sector.

One option is Kalgoorlie, where it recently signed a supply contract for Northern Star Resources’ Super Pit and is hoping to win a contract to supply Lynas Rare Earth’s planned processing plant.

A second option is Kwinana, where Adbri is considering a ‘vertical shaft’ kiln that would allow it to use hard rock lime rather than shell sands extracted from Cockburn Sound.

A third option is Bunbury, which would be closer to major customer Worley Alumina and may help Adbri win back supply contracts with Alcoa of Australia.

Mr Miller confirmed Adbri planned to shut down kiln 5 at Munster but would invest in the single remaining kiln, known as kiln 6.

This followed Alcoa’s decision to switch to imported supplies.

Alcoa had been Adbri’s largest lime customer, buying about 500,000 tonnes per year.

Lime supply for Alcoa’s Pinjarra and Kwinana refineries switched to new suppliers in July while the Wagerup refinery will switch to a new supplier in December.

“We are very aspirational about the opportunities that exist in WA on the back of the resources sector.”