Adapting to a changed dynamic

At the height of the tech boom almost a decade ago it would have been laughable to suggest that one of Western Australia's most successful internet entrepreneurs would offer local weather information to fishermen.

At the height of the tech boom almost a decade ago it would have been laughable to suggest that one of Western Australia's most successful internet entrepreneurs would offer local weather information to fishermen.

Similarly, with so many resources companies then trying to morph into dot.coms, it would have been beyond belief that a web presence and email database would be a future must-have for junior miners' investor relations.

The web changes everything and yet nothing.

In WA, this is very much the case.

Business in this state remains weighted heavily towards resources; we still drill the ground, dig it out and export it to Asia.

But mining companies are increasingly using the internet to communicate with investors and, equally as importantly these days, building their brands with potential employees. In the back office, online solutions are everywhere, from data management to accounting.

The web is playing an increasingly important role outside of the resources sector as well. We are looking for homes, ordering food and finding entertainment via new outlets, often provided by businesses with a local presence servicing geographically specific marketplaces.

And with WA offering an environment and lifestyle options unavailable in many parts of the world, the internet provides a whole new range of opportunities for work.

Take Laurie Smithdale, for example. Maybe reflecting the laid-back world he services - that of kite surfers, sailors and fishermen seeking accurate forecasts of wind and weather conditions - the Seabreeze founder took a serendipitous approach to starting in Perth.

A tech head who enjoyed meteorology, and who saw some corporate failures the first time around, Mr Smithdale said Seabreeze was created on a "build-it-and-they-will-come basis".

"It just happened to be in Perth," he said.

But this is more than just a website that offers information. Seabreeze is a local example of the so-called Web 2.0, which provides for interaction and collaboration between users.

"Our site is a very social site. It's great to see so many people come together," Mr Smithdale said.

He said the kitesurfing community used the site to raise its collective concerns, both for self-regulation or to deal with third party issues such as beaches being closed.

"When there are issues about kites along Melville Beach Parade landing in people's gardens, it gets discussed and solved and the residents get involved," Mr Smithdale said. "It's a very positive experience."

Mr Smithdale was a guest at a recent WA Business News Online Business forum, which delved into this side of business in WA.

While many of those participating in online business have little apparent crossover in their markets or business strategies, they do share common elements around technology and the way people use it.

The reason this offers insight to other businesses is because everyone will find online services an increasing part of their own operations, especially if WA's boom economy wanes and costs need to be cut.

A traditional business operator might wonder about online services and think, so what?

But very soon, if not already, they may have a competitor using the web to beat them, either directly through new online products or indirectly by using internet services to improve parts of their business.

"The cork is out of the bottle," as Aussiehome.com founder Charlie Gunningham told the forum.

He reckons a real estate agent using everything might spend $1,200 a month online (where 80 per cent of their inquiries are derived from). Yet many agents still spend $20,000 a month or more on newspaper advertising for that remaining 20 per cent.

Perhaps it's only in a boom that otherwise hard-nosed business people can tolerate such behaviour.

The dot.com era was a false dawn for online business. It promised an El Dorado for anyone who could come up with a good idea.

The reality is that online business is far more incremental. It has to win consumers and customers inch by inch, just like any other. Sometimes business strategies are rewritten many times over before they become successful.

But the convenience and relatively cheap cost makes online alternatives increasingly competitive in a world where those wedded to tradition are not the future. 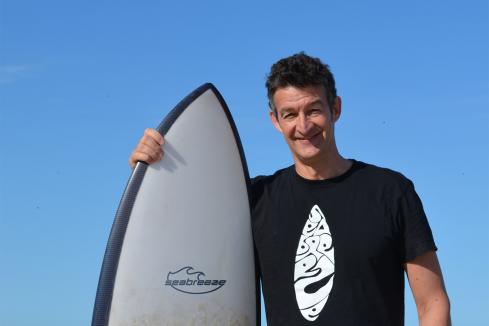