Small businesses could be putting their future on the line if they don’t increase their presence online. 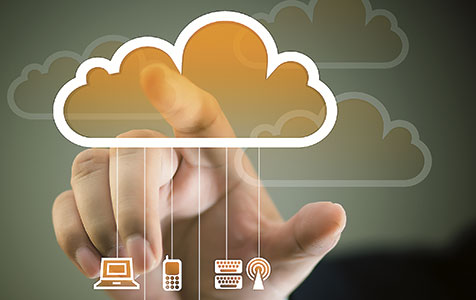 ALL IN: SMEs need to utilise their access to all available technologies to promote their brand and build sales. Photo: iStockphoto

Small businesses could be putting their future on the line if they don’t increase their presence online.

Businesses need to boost their online presence and embrace the use of social media and technology to stay ahead of the competition in 2014 and to reach a potential audience of billions around the globe.

Of course costs are always an issue for small and medium-sized enterprises, so the following 10 tips are ideal ways for SMEs to boost their brands and profitability without incurring exorbitant expenses.

The biggest growth area in technology ownership in 2013 was tablet ownership, with more than four in 10 SMEs reporting owning a tablet, according to the 2013 Sensis e-Business report. By the same token, the strongest technology trend displayed by Australian consumers was the uptake of mobile devices with over two thirds of SMEs owning smart phones in 2013.

Just 17 per cent of SMEs with websites reported that they had a mobile-specific website, up from 9 per cent last year, so it’s an area where SMEs can develop an advantage.

2) Use social media to spread the word

Overall, 35 per cent of SMEs that are online use social media for business purposes, according to the 2013 Sensis e-Business Report. This was most likely to be a Facebook page (93 per cent), Twitter (28 per cent), LinkedIn (17 per cent) and YouTube (7 per cent). Almost half of SMEs that used social media said it had a positive impact on their business.

Social media is much cheaper to use than paid advertising and it’s an affordable way to reach millions of people in Australia and around the world in real-time.

Develop an online community where it matters.

If you’re a recruiter, then a LinkedIn presence is an obvious necessity. If you sell products for young people, then you might want to be on Facebook or Instagram. Make sure you’re targeting the right audience to get the best results for your business. Social media marketing works – as long as you’re in the right places.

4) Don’t let your size or budget get you down

According to the Australian Bureau of Statistics, only 13 per cent of micro business, or those with four employees or fewer, use social media compared with 52 per cent of large businesses.

Just because you’re small doesn’t mean you don’t exist, so embrace social media with regular updates about your activity and you’ll notice the difference. It doesn’t cost much to establish a website and email is free, so use the digital world to your advantage.

Australian business owners aged between 18-39 years are significantly more likely to be using social media (83 per cent) than older business owners (56 per cent), according to findings from the recent ‘Bibby Barometer’ survey undertaken by my company.

To remain competitive, SMEs need to adapt to technology as quickly as their competition does. They also need to be as tech savvy as their customers and potential clients. That is the digital reality.

A digital strategy isn’t just about having a website, it’s about all of your digital activity. You need to go beyond having an email address to achieve greater engagement through, for example, sms communications, developing mobile apps, search engine optimisation, social media marketing and online transaction capabilities. The more broadly you act in the digital world, the greater your reach and potential sales.

According to the 2013 Sensis e-Business report, only 19 per cent of SMEs have an overall digital business strategy. Given so few SMEs are thinking about their overall digital strategy, this represents an opportunity for you to get ahead and develop an extensive strategy.

Your digital strategy must include search engine optimisation (SEO) so that once you have a website, consumers can easily find it. You may need an expert to help you because there are several tricks of the trade that smart businesses use to make sure people land on their website first.

Almost three in four Australians now make purchases online, so the ability to transact with almost 18 million Australians in real-time can really boost your revenues. According to the 2013 Sensis e-Business report, Australians spent an average of $3,200 a year on online purchases. About 32 per cent of purchases were reported to come from overseas businesses. If you don’t sell online, then you risk losing business, particularly to overseas business.

9) Spend on hardware or risk being dated

Despite the increase in technology ownership, the level of SME expenditure on both hardware and software has decreased. However, investment in the latest hardware and software can make your business more productive, so budget for technology upgrades and reap the efficiency windfalls that will pay for themselves over time. SMEs reported sending an average of $4,000 last year on building and maintaining their websites.

In whatever form it finally arrives to your door, the National Broadband Network will increase internet speeds and is considered to be a positive for Australian small business owners, according to the Bibby Barometer survey.  As many as 61 per cent believe the impact will be positive with 27 per cent believing it will have a very positive impact. Only 6 per cent feel the roll out of the NBN will have a negative impact on their business. It’s just another reason to be online.