A new association is aiming to liven up the streets of the CBD and fill its empty spaces with startups and creative enterprises via short-term and rent-free rolling leases. 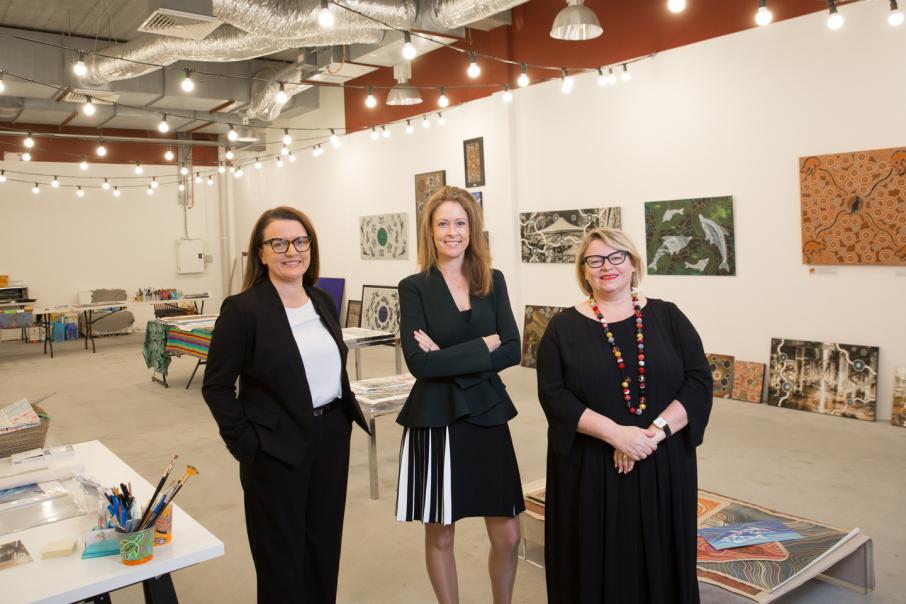 It’s not hard to spot the vacant shopfronts and ‘for lease’ signs scattered across Perth’s retail precincts and office buildings.

But where some see problems, others see possibilities.

Emerging from last year’s Perth City Summit, which was held to discuss and address problems facing Perth’s CBD, the new not-for-profit association aims to facilitate novel partnerships and projects between government, landlords, businesses and the community, in order to create a more liveable and vibrant city.

Activate Perth executive director Anne-Maree Ferguson, a Perth business consultant, said the volunteer-driven group arose as a means to put ideas that rose out of the summit into action.

“Our city has got some really great bones now, like the Heath Ledger Theatre, Yagan Square, Elizabeth Quay and the soon to come, Matagarup Bridge,” Ms Ferguson told Business News.

“There’s no debate that those additions have made and will make a huge difference.

“But the feedback was that there was still a lack of street vibrancy, a sense of place – the stuff that makes a city feel good, and that there’s not enough done about it.

“We wanted to do more beyond the summit and actually play a hand in making the change that residents and business owners want to see in the city.”

The state member for Perth, John Carey, is a government representative to the board, as is City of Perth director of economic development and activation Annaliese Battista.

The first task on Activate Perth’s agenda is Fill This Space, a program that seeks to marry startups, creatives, and small NFP organisations with vacant spaces, through short-term and rent-free leases, with tenants to cover outgoing costs such as utilities, insurances and fitout.

The program is based on the South Australian not-for-profit group Renew Adelaide and its NSW predecessor, Renew Newcastle.

The pilot tenancy for Activate Perth’s initiative launched last week at Lendlease’s Watertown Brand Outlet Centre, where the works of several up-and-coming young aboriginal artists are being exhibited and sold.

Headed by Noongar community leader Peter Farmer Jnr, whose mother, Mirranda Farmer, is on the Activate Perth board, the studio is called Chirriger Dreaming.

The studio will trade at that location rent free until July 15, when the collective will have the option to take out a commercial lease or fill a different empty space.

The entire Fill This Space program will officially roll out July 1, with a further six tenancies already lined up, including a local couture hat maker for a space on Royal Street.

“We’re taking registrations of interest from potential startups, or people with business ideas they want to trial, and landlords.”

Among the immediate advantages for landlords was the reduction in potential vandalism that resulted from leaving a space empty, she said.

Beyond Fill This Space, Ms Cochrane told Business News the group had rallied an activation army of about 800 people, who had registered with the group to support events and provide more ideas.

The group has already lined up the WA Youth Orchestra to play jazz at a car park in East Perth and has hopes to transform an empty lot at 18 St Georges Terrace into a pop-up park.

Creating ‘parklets’, a sidewalk extension usually installed on parking lanes with planter boxes and seating, is another idea Activate Perth is planning to initiate along Adelaide Terrace, with one volunteer offering their vintage arcade games for use as a means to drive street activation.

Activate Perth has also applied for a grant via the Department of Transport to install an augmented reality trail from the central city over the footbridge to Optus Stadium, which will involve the installation of pavement stickers that people can scan with their phone and watch as digital animation artworks.

Ms Bain said Activate Perth aimed to link all city neighbourhoods and initiatives, like the Adrian Fini-founded Historic Heart, an initiative led by project manager Sandy Anghie, who is also on the Activate Perth board.

Mercedes College and Trinity College had also expressed interest in getting involved.

“This is about (giving Perth) soul and personality,” Ms Bain said.