The Western Australian consumer watchdog has handed Mandurah-based A&J Training and Assessment a red card for failing to complete assessments for workers who had completed their high risk work courses. 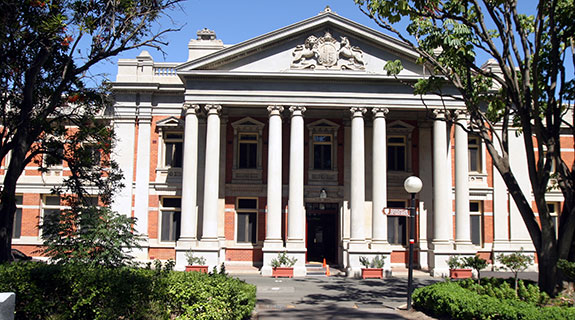 Andre Bucci could face Supreme Court action if he fails to comply with Consumer Protection's terms.

The Western Australian consumer watchdog has handed Mandurah-based A&J Training and Assessment a red card for failing to complete assessments for workers who had completed their high risk work courses.

Consumer Protection has taken action against the training provider and its sole director Andre Bucci, and has warned that if Mr Bucci fails to comply with its demands, he may face enforcement action in the Supreme Court.

Consumer Protection has alleged that A&J failed to submit licence applications for workers who had completed its high risk work training.

Mr Bucci is required to provide Consumer Protection with a list of trainees who have been issued, or been entitled to be issued, with a notice of assessment after completing the training and assessment.

Consumer Protection said it and WorkSafe had received a number of complaints in recent months from trainees who had paid for and completed their courses but hadn’t had their documentation either submitted for assessment by a registered training organisation, or submitted to WorkSafe to allow a licence to be issued.

“A&J, as a training provider, must submit the notice of assessment to a RTO which then issues a statement of attainment,” Consumer Protection said in a statement.

“This documentation should then be submitted with the supporting documents and necessary fees to WorkSafe, at which point a licence for that specific class of high risk work would be considered.

Mr Bucci has 14 days to issue the notice of assessments for trainees who completed the courses and obtain the statement of attainments, or he will be required to refund the affected trainees.

Acting commissioner for Consumer Protection Gary Newcombe said to accept payment for a service but not deliver is in breach of the Australian consumer law.

“We are concerned that the failure of Mr Bucci and his company to complete the licensing process has prevented workers from continuing their trained occupation, causing inconvenience and financial detriment to those involved,” Mr Newcombe said.

“Consumer Protection is working with WorkSafe to ensure that the proper procedures are followed and the correct documentation is submitted in order to issue the relevant licences so workers who have completed the A&J training can get exactly what they paid for.”

The homepage of A&J’s website has since been edited with a notice to past and present students, calling for patience while the company works through the ‘mismanagement of students directly caused by management employed to run the business while Andre and Jasmin were away’.

“All students who have completed a course with A&J will receive the relevant licence, we are currently working on these now,” the notice said.

The news follows a report released by auditor-general Colin Murphy in June, which found that students at more than a third of WA’s RTOs had been exposed to serious breaches, including being taught by unqualified trainers and passing courses despite submitting incomplete or incorrect written assessments.