SPECIAL REPORT: Tox Free Solutions has completed nearly 20 takeovers on its way to becoming a national player in the waste management sector. 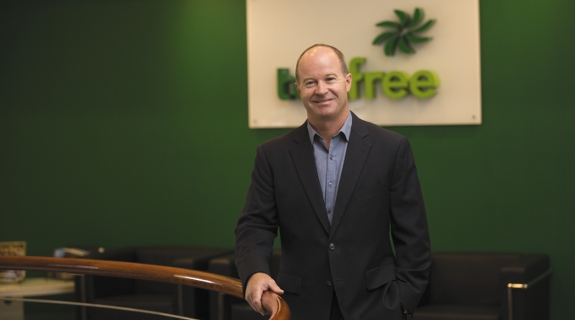 Tox Free Solutions has completed nearly 20 takeovers on its way to becoming a national player in the waste management sector.

Stephen Gostlow has overseen more growth during the past decade than most chief executives do in their entire career.

In 2005, when he became managing director of a struggling Tox Free Solutions, it had 20 staff in two offices in Western Australia.

It now has 1,200 staff across the country, and will soon add a further 130 after it settles the purchase of Sydney-based Worth Corporation.

Osborne Park-based Tox Free has achieved substantial organic growth over the years, winning big contracts with companies such as Chevron, Fortescue Metals Group and BHP Billiton, but much of its growth has come from acquisitions.

Many other WA businesses, such as Bhagwan Marine, Civmec, Decmil Group and Schlam Group, are also pursuing takeovers to accelerate their growth (see table).

What sets Tox Free apart is the number and scale of its takeovers, with the Worth deal, costing $70 million, being one of the largest.

Mr Gostlow, who was a 40under40 award winner in 2013, said acquisitions had helped the group’s strategy of growth and diversification.

“We’ve been quite sensible in not taking on too much too soon.”

Mr Gostlow said all acquisitions had to meet financial hurdles.

“There are a few golden rules for us,” he said.

“It needs to be accretive (to earnings) from day one, and we need to get our return on invested capital.”

Tox Free has built up in-house capability so it can negotiate its own acquisitions.

“We know the players in the game and we can negotiate direct with them,” Mr Gostlow said.

External advisers, such as PwC and Melbourne-based Acacia Partners, which worked on the Worth deal, are brought in to support management with due diligence and financial modelling.

“That gives comfort to the board that someone else is reviewing these things,” Mr Gostlow said.

Many vendors were interested in more than price, he said.

“After they’ve built their business for 40 years, they want to see their legacy continue; they don’t want to see it chopped up,” Mr Gostlow said.

As a result, rather than being in a competitive bidding process Tox Free often negotiated on an exclusive basis.

Mr Gostlow believes Tox Free has a good track record of retaining people in the businesses it buys.

“We’re energetic and young and growing and offer good career prospects for people that want them,” he said.

It was often harder to retain the key people in smaller businesses.

“The smaller acquisitions have higher key-man risk,” Mr Gostlow said. “You need to get your own people in there and get the IP quickly.”

However, he said smaller deals could still stack up, with last year’s purchase of Melbourne-based PGM Refiners being a prime example.

It specialises in e-waste, has a licensed site and access to technology that can be used in other regions.

The Worth acquisition will lift Tox Free’s annual turnover to about $460 million.

The company estimates its contestable market in Australia is up to $5 billion, which indicates plenty of room for growth.

Mr Gostlow said the company was also considering international growth, on the back of expansions by existing clients or in jurisdictions with a familiar legal framework such as Singapore.

“It’s definitely on the radar,” he said. “We can probably bring better technology and lower operating costs to other markets.”

Tox Free is constantly on the lookout for proven technologies it can bring into its operations, mostly from Europe.

An example is the $17 million waste-to-energy plant it is developing at Karratha.

Tox Free is also evaluating technology to treat some of the by-products of LNG production, notably mercury.

Mr Gostlow sees the LNG sector as one area that will enable Tox Free to continue the growth it has achieved over the past decade.

“When you look at the level of professionalism, the safety focus, the people that have developed, the clients we’ve got, the branding around the country, you do feel quite proud of what’s developed over the years,” he said.