Automotive Holdings Group had employed a consistent approach to buying and integrating dealerships over many years, long-serving director and head of business development Hamish Williams told Business News after his recent retirement. 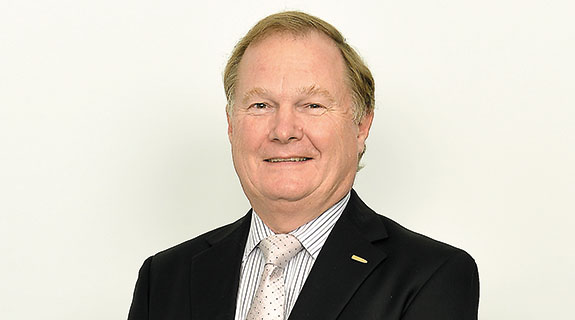 EXPERIENCE: Hamish Williams has retired after 22 years at AHG.

Automotive Holdings Group had employed a consistent approach to buying and integrating dealerships over many years, long-serving director and head of business development Hamish Williams told Business News after his recent retirement.

When Mr Williams joined AHG as chief financial officer in 1993, it was a privately owned business with nine dealerships in Perth. When he retired at the end of June, the group had 100 dealerships across Australia and New Zealand and annual turnover was tracking at more than $5 billion.

The group announced further expansion as recently as last week, with the $58 million purchase of three Mercedes-Benz dealerships.

During his 22 years with the business, Mr Williams played a major role in the group’s development, including its ASX listing and many of its acquisitions.

Mr Williams came to Perth in 1987, joining many others who left South Africa in search of a better lifestyle for their families.

As chief financial officer, Mr Williams’ brief was to instil some of the big company practices and systems he had learned in South Africa to the Perth business.

The group’s growth strategy during the 1990s was through greenfields developments.

“The owners had no desire to move outside of Perth,” Mr Williams said.

However the group reached saturation point in the Perth market in the early 2000s, prompting the owners to evaluate their options.

“We had serious discussions with an international group about a trade sale; it could have gone that way,” Mr Williams said.

Those discussions ended when the international group undertook a separate acquisition in another market, leaving AHG’s owners to focus on an IPO.

Mr Williams said there was a huge amount of work restructuring the private group so it was ready for a stock market listing.

“I was working extraordinary hours setting the group up, we actually had to sell all of the private companies into a public company shell.

“We had to do that without letting everyone know.

“It was very clandestine, I disappeared from the group for about a year.”

Mr Williams said completion of the IPO was momentous.

“Afterwards I remember saying to our dealer principals (that) the great thing about going public is that the future was in our hands; it was us,” he said.

After listing in late 2005, the group moved quickly down the expansion path, making acquisitions in New Zealand, Victoria, NSW and Queensland.

That period of rapid growth coincided with market exuberance in the lead-up to the GFC, resulting in AHG’s share price jumping from $1 in the IPO to more than $4 in 2007.

A tough 18 months followed, when the share price crashed to about 50 cents despite the company continuing to deliver solid profits.

Since then, the group has continued to grow, primarily through acquisitions based on a simple value proposition.

“We can buy at private company multiples of five or six times and we’re valued at 12 times on the stock exchange,” Mr Williams said.

“But it’s more than just buying the business, you need to integrate them.”

He said AHG added value by removing the administrative ‘noise’ from each business it bought, and had taken a consistent approach to its interaction with dealers.

“The whole philosophy is to get the dealer principal to run the business day to day.

“By doing that we could expand because we were never stretched by the capability of an owner-operator.”

The 62-year old Mr Williams said he planned to enjoy travel and private holidays for a short period before seeking out new work opportunities.

This was likely to involve a handful of non-executive director and consuting roles.

Mr Williams said he didn't want to take on too many roles, as he wanted positions where he could add value.