The slowing economy has hit smaller accounting firms harder than the big players, judging by revenue data released over the past month, with practices in Western Australia affected more than those in other states. 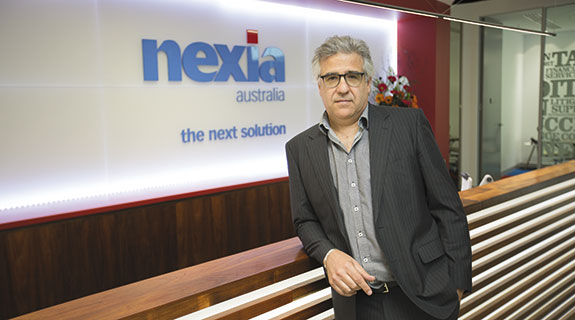 SAVINGS: Mal Di Giulio says Nexia is an early mover in the use of cloud-based services and offshoring back-end work. Photo: Attila Csaszar

The slowing economy has hit smaller accounting firms harder than the big players, judging by revenue data released over the past month, with practices in Western Australia affected more than those in other states. 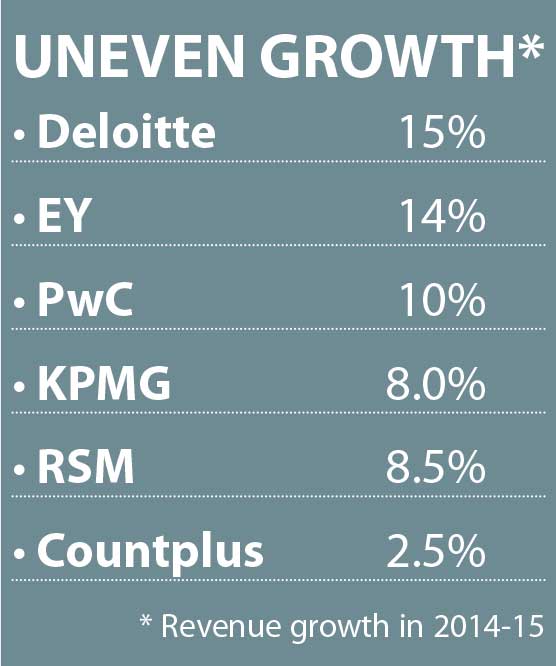 That was a big uptick from the 6 per cent growth in the previous year, and was helped by six acquisitions, including that of KD Johns & Company in Perth.

At the other end is listed company Countplus, which is an aggregation of 17 smaller accounting firms across Australia, including Bentleys in WA.

It lifted ‘normalised’ revenue by just 2.5 per cent to $89 million, with most of the growth coming from non-core areas such as financial planning and property revenue.

Countplus said accounting-related revenue had fallen by 1.3 per cent, reflecting the challenging business conditions for SME businesses, which comprised the group’s core client base.

For the ‘big 4’ firms, the main growth drivers were non-traditional practice areas, notably advisory and consulting.

Achieving growth in traditional practice areas has proved much harder.

KPMG, for instance, said it achieved 7 per cent growth in audit, which constituted “a record result in recent years”.

The major firms have not released precise growth figures for their WA practices, but it’s clear the local market has underperformed.

The best of the bunch appears to have been EY, the state’s largest accounting firm as ranked by the latest BNiQ data.

He said the best contributors in WA were advisory, government and infrastructure work, and its international links.

He said the audit practice had the least growth, with clients merging, increased competition and pressure on fees. “Lots of companies are keen to reduce costs,” Mr Andrawes said.

He predicted this trend would have a silver lining, as more companies shift their audit away from big 4 firms towards smaller practices with a lower cost base, such as BDO.

Nexia Australia managing director Mal Di Giulio said his firm had grown last year on the back of some transactional work, but agreed there was more competition and pressure on fees.

“The squeeze on compliance fees is here to stay,” he said.

Mr Di Giulio said a lot of firms were looking at offshoring their back-end work and using cloud-based technology to help provide better value to their clients.

“I think that’s an area we can do it better than others; we were an early mover,” he said.

“We have taken the view that it is in these difficult trading conditions that we need to be working a lot closer with our clients, to help them preserve the value in their business and then to grow and prosper,” Mr Rix said.