The fact that online retail still comprises a relatively small part of total sales is cold comfort to bricks-and-mortar businesses. 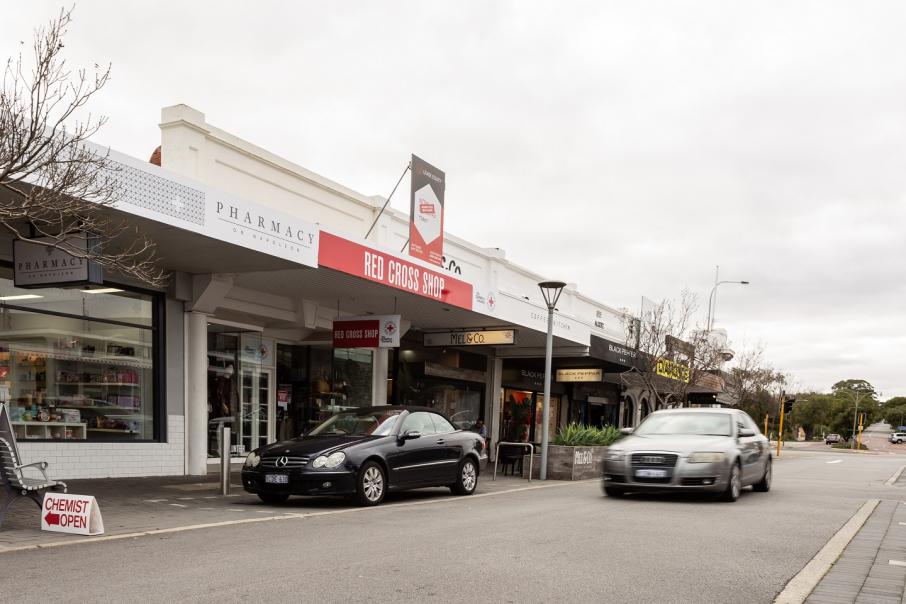 The fact that online retail still comprises a relatively small part of total sales is cold comfort to bricks-and-mortar businesses.

It is impossible to overlook the problems of conventional retailing, with empty shops across the city and a rollcall of ongoing closures.

Behind the bad news, however, there are two unanswered questions – is Western Australia being hit harder than elsewhere, and is this as bad as it gets?

The answer to the first question is probably ‘yes’, WA retailers do appear to be suffering a disproportionate hit from the internet, largely because shoppers are relishing the chance to buy on the bigger national and international markets.

As to whether the situation could get worse, the answer is ‘quite probably’.

Overall, Australia is still on the first steps of internet retailing with about 7.5 per cent of all sales booked through the internet. In the US and Canada this figure has reached 10 per cent, while Britain is around 22 per cent, South Korea is up to 25 per cent, and China is reported to have reached an astonishing 40 per cent.

There are many local reasons why internet penetration is at different levels. In China it’s all about over-populated cities and the challenge of getting to the shops, while in rural areas it’s a chance to buy what previously was only available in the cities.

Britain, however, is the test case for Australia to watch because of the common shopping habits and lifestyle, and a deep history of conventional retailing.

Today, Britain is seen as a test bed for the internet retail revolution, with shop owners being hammered by historically high rents, which have only just started to fall significantly as vacancy rates soar.

The US is not far behind with about 7,000 shop closures in the first five months of the year, more than all of last year. According to a Financial Times retail report, even the one-time shopper’s paradise of Fifth Avenue in New York City has empty stores, with one in every six available for rent.

Slowing economic growth in the US as it wages a trade war with China is not helping retailers in that country, while Britain is being hit by the uncertainties of Brexit, a fight for the job of prime minister, and the possibility of a general election before the end of the year.

Australia, too, is feeling the first chilly winds of a slowing economy, which can be measured in the recent Reserve Bank of Australia interest rates cut, and the promise of more to come over the next few months.

None of what’s been reported so far addresses the question of WA’s extremely low level of retail sales growth, with the most telling assessment in a report by CommSec, an arm of the Commonwealth Bank, on sales growth in the final quarter of last year compared with the average growth of the previous decade.

The time chosen for the survey includes WA’s boom years and the contraction that followed, but it’s still significant to see that Victoria’s retail sales growth late last year was 17 per cent above the decade average, NSW was 16 per cent higher, and other states around 10 per cent – whereas WA was up 6 per cent.

The WA flip from rapid expansion to slowdown will be a factor in that comparison, but it could also be that an increasing proportion of retail sales made over the internet by people in WA are actually booked somewhere else.

As an example, electrical appliance websites operated from warehouses in Sydney and Melbourne appear to offer cheaper prices than local shops, which could mean a WA shopper spending money that appears as a sale booked in NSW or Victoria.

Conventional retailers are also being hit by falling foot traffic and rising rents, at all levels of the sector.

The problems of Empire Homewares at its Highgate store have been well reported, with the shop’s landlord upping the rent by 20 per cent despite the shop owner pointing out that business in the area was shrinking and a rent reduction would be more appropriate.

A number of shops in Cottesloe’s Napoleon Street have recently closed, with one re-opening as a Red Cross op shop, which is an interesting development given the well-heeled nature of the surrounding suburbs.

How retail statistics are calculated is not something that interests many people, but it should be of interest to the WA government as it tries to deal with the problem of a shrinking retail sector and local job losses.

Too many shops and not enough shoppers prepared to walk the aisles is the core problem of conventional retail in every country, as the internet burrows deeper into the buying habits of consumers and confidence grows in the delivery process.

Bad news as that might be for retailing and shop ownership as it has been known for centuries, there are solutions emerging, including the conversion of shopping centres into mixed-use with residential and commercial conversions becoming more common.

Another recent retail development is the move by a number of internet retailers to add a shopfront outlet as a way of deepening their market penetration.

In Britain a furniture brand called Loaf, which started as an internet-only business, has been adding physical outlets.

What’s interesting about Loaf is that a visit to its website (loaf.com) reveals a business that looks a lot like that of Empire Homewares in Highgate.

The advantage held by Loaf is that it started without the burden of paying rent and can now move in and pick up sites at bargain basement rent as existing shops close and landlords become desperate.

Super plan?
Good money after bad or a red-hot investment opportunity? That’s a question members of Australia’s biggest superannuation fund, AustralianSuper, should be asking the managers of their money after it plunged deeper into troubled graphite miner, Syrah Resources.

A long-term supporter of Syrah with an estimated 15 per cent stake in the business, AustralianSuper has just plowed a further $55 million into the miner and its flagship Balama mine in Mozambique.

According to one estimate AustralianSuper had paid an average of $3.35 for its Syrah shares and has just taken up a fresh entitlement priced at 81 cents.

Seasoned fund manger and stockbroker, Warwick Grigor, said no matter how Balama was dressed up, it was still bleeding.