Global management consultancy and technology firm Accenture is growing resources in Perth as it aims to win work with operators in the state’s mining and energy sector. 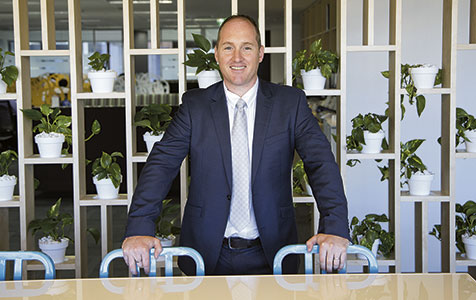 LEADER: Michael Grady has been promoted to Capital Projects lead and will run the division from Perth. Photo: Attila Csaszar

Global management consultancy and technology firm Accenture is growing resources in Perth as it aims to win work with operators in the state’s mining and energy sector.

Michael Grady has relocated to Perth to run Accenture’s Capital Projects division, after a term in a managing director’s role with the company’s resources team in Brisbane.

Accenture managing director of Asia Pacific Mining and Metals, Nigel Court, told Business News moving Mr Grady to Perth was a response to the bulk of potential work available in Western Australia compared with other states.

“In my mind right now this is the busiest year we (in Western Australia) will ever have,” Mr Court said.

“The commodities that we’ve tended to see moving as much product as they can, because they’re profitable at almost any price, are now turning around and saying ‘hang on a sec, this can’t continue, we need to think more about how our business runs’.”

Accenture focuses primarily on resources clients in WA, with about a 50-50 split between mining and oil and gas contracts.

Mr Court said previously uncommitted operators were now approaching Accenture asking for guidance on how to improve productivity, with the scarcity of capital a common concern.

“They know that this year there’s not an endless tap that they can turn on so they’ve got to think about what they do,” he said.

“Those are key things for our clients that we don’t believe many of the miners stop to think about that at all,” Mr Court told Business News.

“There is some great technology and understanding how you can leverage that is really important.”

Mr Court said all the technology was available, but traditional thinking was preventing its implementation.

“I’ve seen (clients) thinking about it, but not actually making it real and leveraging it across an organisation and through to their vendors.

“With the miners it’s radically different to what they do now … and it’s a completely different vendor model.

“(With digital working) you want to have a more collaborative model.”

Mr Court said Accenture was progressing on its aspiration of implementing a pay-per-performance model, under which the company would be paid if and when it achieved its objective, rather than the current fee per time and material model.

The company has a transient WA workforce with workers flying in and out for specific contracts, which Mr Court said was beneficial to local clients because the company could recruit employees from all over the globe.