State government agency Healthway made headlines this year for its large sponsorship deals with the Western Australian Cricket Association and Perth Glory, but a new study has found its sponsorship of arts events is the quiet achiever. 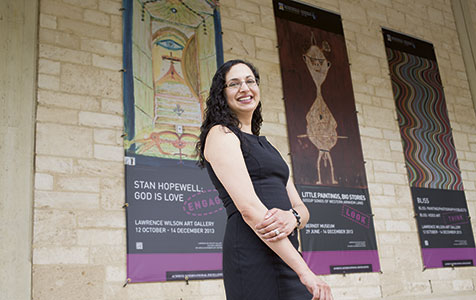 State government agency Healthway made headlines this year for its large sponsorship deals with the Western Australian Cricket Association and Perth Glory, but a new study has found its sponsorship of arts events is the quiet achiever.

A local study has found people are twice as likely to act on anti-smoking messages such as ‘Smarter than Smoking’ and ‘Smoke Free’ after seeing them at arts events compared with messages at sporting events.

Healthway spends just less than $11 million a year sponsoring sports and arts events in exchange for the right to put up health promotion messages and ensure all events are smoke-free.

It has a legislative obligation to spend no less than 30 per cent of its funds on sport events and no less than 15 per cent on arts events, and receives three times more requests for support than it has funding allocations for.

This year it signed a three-year, $2.1 million deal with the WACA to remove alcohol promotion at domestic matches, and a $500,000 deal over two years with Perth Glory to remove junk food advertising during matches.

Executive director David Malone said Healthway had been supporting arts and sports events since 1991, so the study’s findings had not surprised him, but were reaffirming.

“Over the last 20 years we’ve accumulated a large amount of data and evaluation that demonstrates very clearly that sponsoring sport and arts to promote health messages can be very effective at improving the health of the community,” Mr Malone told Business News.

“We’ve been doing it a lot longer than most and the focus on arts sponsorship is quite unusual, it’s not something too many organisations do. Healthway … really is a world leader in that area.”

Mrs Davies said she believed the reason messages at art events could better influence people than those at sporting events was that they were unexpected, triggering more of a “cognitive impact”.

“At sports events the idea of promoting health is something that you expect, whereas I think at an arts event you’re there to view something or to experience something and I think a health message at an arts event is probably a little less common, so it’s much more novel,” Mrs Davies said.

Mr Malone said the new study might have an effect on how Healthway matched its different health promotion messages at various events.

“Every time a new study comes along we’re very interested in it, but it gets thrown into the mix and is considered as part of a body of evidence. I think the most overwhelming thing the evidence says to us is that there is good outcomes from promoting messages in non smoking in both arts and sport,” he said.