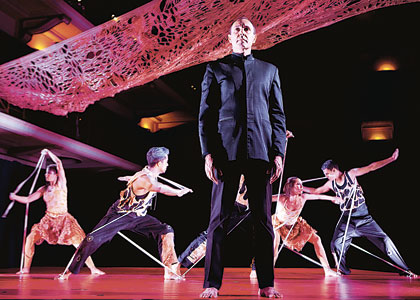 FLEDGLING arts group WA Aboriginal Dance Company has launched plans to establish itself as a permanent business and will do so under the new name Ochre Contemporary Dance Company.

Ochre chairman Ken Perry said the company’s name change, as well as additions to its board, came about following an 18-month feasibility study into the company’s future.

“WA Aboriginal Dance Company was the working title because we didn’t know whether we were actually going to be something and what we were going to be, so it didn’t make any sense to have a name until we completed the feasibility study,” Mr Perry said.

“The feasibility study was funded by a $150,000 grant from Woodside Energy and it took about 18 months to complete.

“The reason for the 18 months, was the extensive consultation and research phase not only in Perth but across the state with Aboriginal elders as well as indigenous people concerned with the performing arts and the dance community.”

Mr Perry said the name was developed in-house and approved by the board before it was unveiled at the WA Museum in May.

“What we were looking for was a name that people would recognise as Aboriginal but at the same time was not tied to any one language group,” he said. “Ochre just fits the bill, it is cultural and used for ceremonial painting and it’s evocative of a number of different things.”

Mr Perry said Ochre wanted to move from a company that was project-based to a “permanent” company.

“A project company is one where you get the funds for the project, you put the team together, you complete it and then wander off and do your own things,” Mr Perry said.

He said they wanted to become permanent in two to three years after gaining more credibility and funding and then be supported by around 20 staff members.

Ochre has had some government support but the majority of its funding has been provided by minerals sands miner Iluka Resources, which was named the company’s principal sponsor last year.

Mr Perry said the company was trying to raise $400,000 to spend on a major production at the end of the year but, aside from the performers and venue costs, most of the work involved volunteers.

The focus was more on promoting Aboriginal culture through dance rather than approaching the production as a stand-alone show.

“For us this isn’t about having a performance once a year at the Regal Theatre,” Mr Perry said.

“It’s about creating linkages using dance as the art form between urban and remote Aboriginal communities, promoting their culture, giving them opportunities for expression as well finding ways to link the white and black communities through the same mechanisms.”

Ms Howden-Smith told WA Business News she set up the company five years ago because there was nothing specifically for Aboriginal dancers in Perth, as opposed to the eastern states which had the Bangarra Dance Theatre.

“I was executive director at the West Australian Ballet for 11 years and when I retired from that I had been looking at the dance scape for some time and it became evident to me that there was no pathway for Aboriginal contemporary dancers to move on to any platform in WA,” she said.

She said the company had come a long way in a few years and it was an exciting time working up to its major production, which will be performed in November. 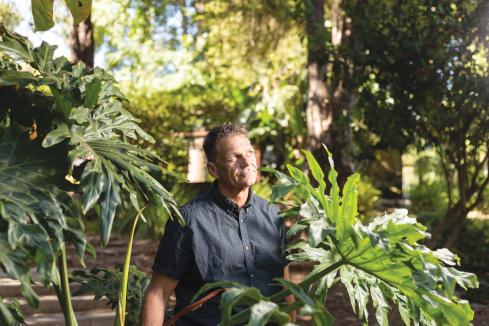