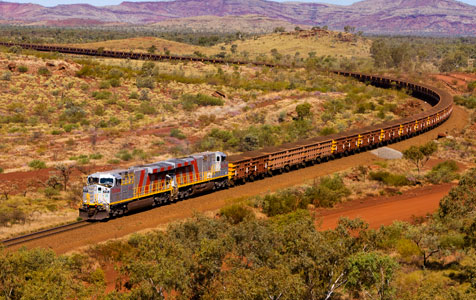 New data from the Office of the Registrar of Indigenous Corporations have provided clear evidence of the extent to which indigenous communities benefit from iron ore mining in the Pilbara.

Western Australia’s Aboriginal corporations have grown revenue by an annual rate of 11.2 per cent since 2004, which resulted in total combined income of $502.7 million in 2012-13.

The growth has been much more significant in the Pilbara; the 21 corporations located in South Hedland, for instance, lifted revenue by an average of 48.4 per cent between 2011-12 and 2012-13.

The average revenue for those corporations, as revealed by the registrar in its analysis of the 500 largest Aboriginal and Torres Strait Islander corporations, was $7.1 million in the 2012-13 financial year.

That was more than double the average income of the 500 largest corporations across the country – a factor the report attributed to increased iron ore mining activity in the Pilbara.

WA-based organisations known as native title bodies corporate, which are solely responsible for caring for country and native title, also had double the average income compared with other states – $2 million compared with the national average of $994,292.

In 2007-08, Pilbara-based corporations had average revenue in line with the national average. However, as the mining boom took hold, revenue grew at a much faster rate for corporations in the area where iron ore mining was most active.

It’s estimated about $49.6 million of the total $149.8 million revenue for the Pilbara corporations over 2012-13 was mining-related income such as compensation and land use payments, mining royalties, donations, contracting and consulting.

The figures rank WA as the state with the second highest revenue going to Aboriginal corporations behind the Northern Territory; the $502.7 million combined revenue for 122 corporations accounted for 29.4 per cent of the total national revenue.

Mentioned Organisations
Office of the Registrar of Indigenous Corporations