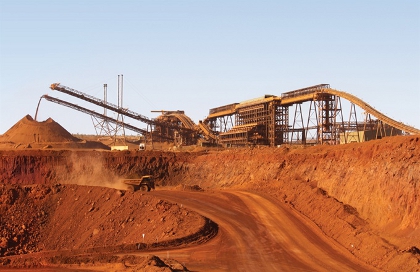 Experienced Aboriginal contracting group Eastern Guruma has teamed up with a new entrant to the sector, Wirlu-murra Yindjibarndi Aboriginal Corporation, to win a $200 million contract in the Pilbara.

The joint venture will undertake mining services work in partnership with Leighton Contractors over five years at Fortescue Metals Group’s Solomon mine.

It will also begin a six month earthworks package at Fortescue’s Kings deposit in partnership with a major mining contractor, starting mid-year after the contractor is selected.

Eastern Guruma has been a partner in several successful joint venture operations in the Pilbara, often with mining and civil contractor NRW Holdings.

This joint venture marks the first step into the mining industry for WMYAC.

Roebourne-based YMYAC is separate from another Roebourne-based group, the Yindjibarndi Aboriginal Corporation (YAC), which has been campaigning against Fortescue’s expansion plans.

And it is different again from a third business-focused group, the Ngarluma Yindjibarndi Foundation Ltd (NYFL), which has previously partnered with Eastern Guruma, contractors Brierty and NRW Holdings, and catering and maintenance company Compass Group,  to win work with Rio Tinto and Fortescue.

Fortescue chief executive Nev Power said in a statement that it was great to see two Aboriginal contractors join forces to build their business capability within the mining industry.

“There are a phenomenal number of opportunities in the mining industry for Aboriginal people,” he said.

“I’m extremely proud that these two groups, traditional owners of the land where the Solomon mine is located, will work together for the greater economic benefit of their communities.”

WMYAC acting chairperson Maudie Jerrold said she was delighted that WMYAC had been instrumental in realising this opportunity for Yindjibarndi people to work with and learn from Eastern Guruma and Leighton.

“Yindjibarndi people will see immediate and long term benefits including education, training, jobs and more importantly for us, to learn more about operating our own businesses in the mining industry,” she said.

It is anticipated that the joint venture will draw on Fortescue’s Vocational Training and Employment Centre (VTEC) in Roebourne.