A lack of employer awareness and experience in terms of hiring people with a disability has led to misperceptions about what they can offer. 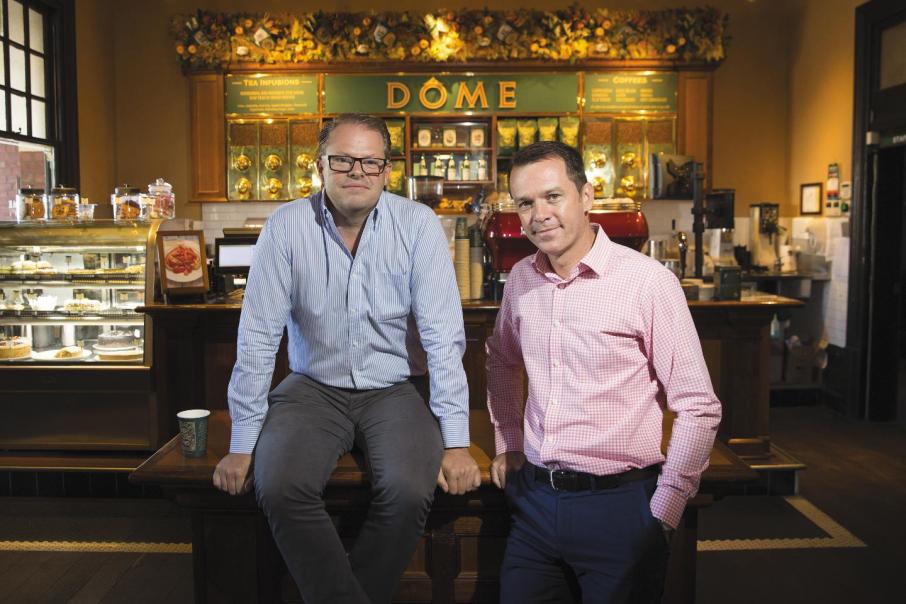 Nigel Oakey (left) with Patrick Moran, who says Dome was one of Edge’s top employers in 2016. Photo: Attila Csaszar

A lack of employer awareness and experience in terms of hiring people with a disability has led to misperceptions about what they can offer.

BIAS in the workplace remains a major impediment for many Western Australians with a disability who are seeking long-term employment.

Compounding this issue of perception is the very real matter of funding, with the Productivity Commission’s 2016 ‘Report on Government Services’ showing that average federal funding per disability employment service user has declined over the past five years.

Making things tougher for workers across the board is the fact that WA currently has the nation’s highest unemployment rate, at 6.5 per cent.

According to local disability services providers, however, bias remains the major barrier they face on a day-to-day basis.

In 2015-16, 37 per cent of complaints lodged with the Australian Human Rights Commission were lodged under the Disability Discrimination Act, the largest portion of complaints being made against businesses related to disability.

About 2 million of the 4.3 million Australians living with a disability are of working age. According to the most recent Australian Bureau of Statistics disability survey (2015), the unemployment rate for people with disability was 10 per cent, compared with 5.3 per cent for those without disability.

While conditions had made the industry more difficult to operate in, he said, they had forced his team to become more strategic in sourcing and securing jobs.

“Be it subconscious or overt bias, preconceived negative notions of what a person with disability is and what they actually bring to the table would be our biggest barrier,” Mr Moran told Business News.

“Unfortunately, people’s preconceived notions are of someone who is not going to be productive, or that co-workers wouldn’t welcome them; there are a lot of stereotypes that we’re working against.

“We’ve got 63 in the team on a full-time basis; dividing that by 300 successful placements in a year gives you an idea of how challenging it is.”

Edge employers include organisations such as Wesfarmers, Woolworths, St John of God Australia and Dome.

For Dome managing director Nigel Oakey, creating a diverse workforce had been a long-term priority for the coffee franchise.

“What we’ve actually seen is quite the opposite.

“It’s more a case of tapping into neuro-diversity, because these people who are perceived by the rest of the world as having a disability actually have enhanced ability in other areas.

“We’ve got some of these people who are far better than others at managing things like check lists and procedures, doing particular tasks to a much greater ability than people without a disability.” 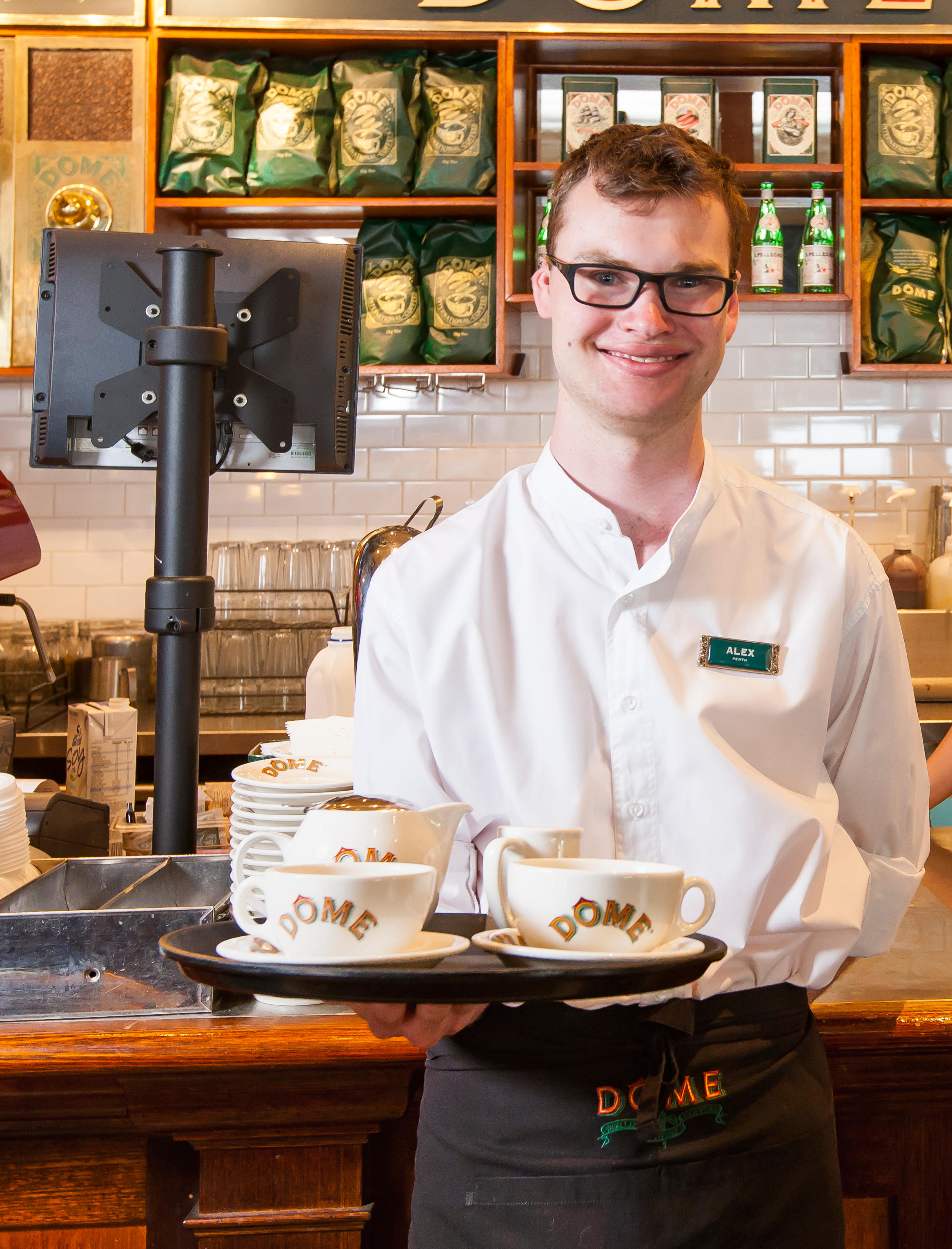 Alex Brewer has worked at Dome for two years, he was born with Mircotia, which has caused complete hearing loss in his right ear. Photo: Matthew Galligan.

In 2016, a Bankwest Curtin Economics Centre report investigating autism in the workplace revealed that employing a person with autism spectrum disorder in the workplace did not decrease productivity levels.

The Chamber of Commerce and Industry of WA’s ‘Guide for Employers’ outlines how studies have found that hiring an employee with disability can lead to increased morale and an enhanced company image.

It also suggests that people with disability have fewer sick days and lower rates of turnover.

Autism Association of WA Employment and Options manager Russell Thomas, who runs the association’s AIM Employment Program, said he was actively trying to meet with local businesses to raise awareness and dispel the myths of the employability of people with autism.

“Employers think it’s going to cost them more money, or that they’ll have to contribute extra resources, but that’s not true.

“We try and explain to employers the characteristics of autism – attention to detail, love of routine, very focused, reliable, loyal – and then we’ll suggest they trial work experience.”

Mr Thomas said about 200 people with autism were currently involved in the association’s employment program, which spanned across a range of hospitality and services industries.

“We need more businesses to embrace the joys of employing someone with autism because it’s not just a benefit of having a good employee, they also provide cultural benefits,” he said.

Mr Oakey said it had been a smart and sensible move for Dome to tap into a talent pool often overlooked.

“The penny had dropped that the sort of diversity we saw in our customer base could be mirrored in our staff base,” he said.

“And in the way that we’ve managed people in our business in our industry, there’s an absolute zero downside.

“That doesn’t mean you don’t have to modify your approach sometimes, adapt a few things here and there; but that hasn’t been an issue.

“Often people are just hunting in the same talent pool. It really does make sense for people to just open their minds about where good employees can come from.”

Mr Moran said the value Edge delivered to employers was evident in its track record of tenure statistics, on average between four and six years, and in its post-placement support.

He said each placement came with a dedicated team providing support for the employee when needed, which he believed explained the strong repeat business that accounted for 39 per cent of all placements last year, with employer canvassing making up 28 per cent.

“When people go into Coles and see they an employee with disability, there’s a brand affinity that develops a brand loyalty,” Mr Moran said.

“So I think smart employers who are ahead of the curve are recognising that and I hope it becomes more prevalent in society.