Shares in oil and gas company AWE have rallied on news it has sold its stake in the Sugarloaf project in the US for $US190 million ($A271 million). 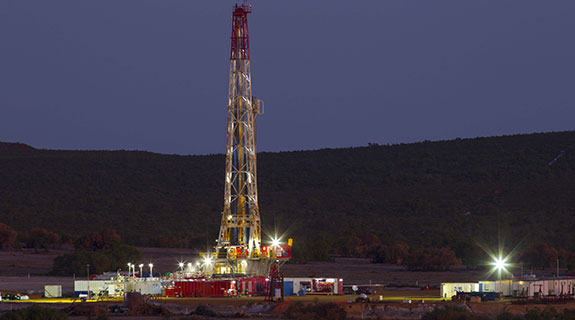 Shares in oil and gas company AWE have rallied on news it has sold its stake in the Sugarloaf project in the US for $US190 million ($A271 million).

AWE announced today it had sold its 10 per cent working interest in Sugarloaf, located in the Eagle Ford shale formation in Texas, to US-based private oil and gas firm Carrier Energy Partners.

AWE will use the proceeds of the sale to repay all of its existing debt, leaving it with a net cash position of about $60 million when the sale is completed at the end of March.

Shares in AWE were 55.5 per cent higher to 56 cents each at the close of trade.

Under the terms of the sale, AWE will also receive about $13 million for drilling costs incurred prior to the effective date of the sale agreement.

AWE managing director Bruce Clement said the sale of Sugarloaf was consistent with the company’s plan to divest assets and fund other projects, such as its Waitsia onshore gas project in the Perth Basin.

“With Sugarloaf now entering a more mature phase of production and development, the time is right to divest this asset and focus on the next major project for AWE – the Waitsia project,” he said.

“AWE will focus on maintaining a balanced and diverse portfolio with a range of gas assets such as Waitsia, BassGas and Casino weighted to near-term production, and other undeveloped assets such as the Ande Ande Lumut oil project weighted towards the medium to long term with potential for future upside in oil prices.”

AWE announced earlier this month that it had agreed with joint venture partner Origin Energy to spend $17.5 million on the first stage of their Waistia project after finalising an offtake deal with Alinta Energy.

AWE said today that the sale of Sugarloaf would reduce the company’s production, sales revenue and development spending guidance for the 2016 financial year, and would restate guidance in its half-year results next month.

The company was advised on the Sugarloaf sale by UBS Investment Bank.