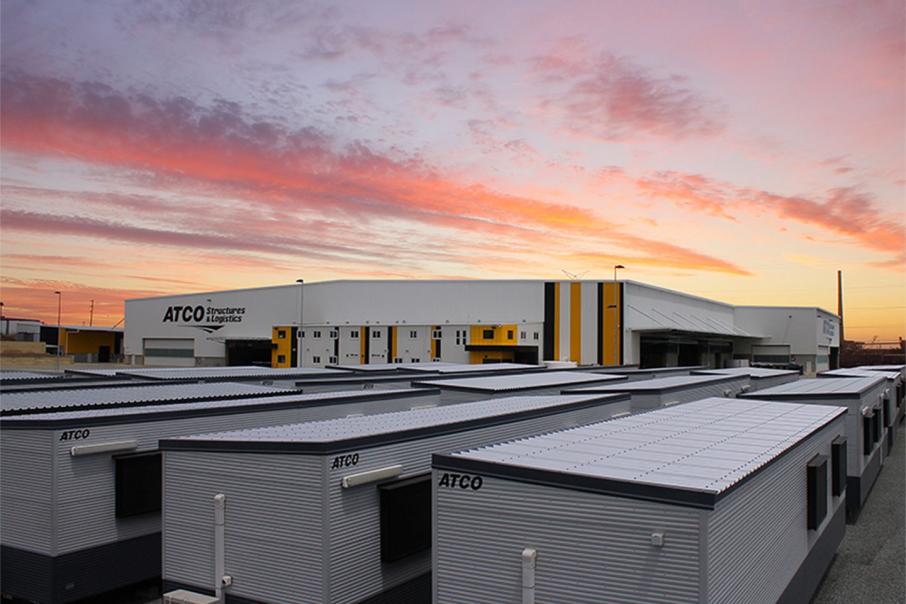 WA manufacturer ATCO is synonymous with making modular buildings that house big mining workforces in remote locations and is applying that same technology to create attractive modern classrooms, health and medical practices and sports facilities in cities and towns.

It’s at Kwinana the company produces its ‘dongas’ ready for shipping by road, rail or boat. As Mr Tucker explains, the remote locations of mines, the cost of shipping building materials and absence of suitable construction workforces at those locations, make modular solutions the clear preference to in-situ construction.

It’s the speed and ease of construction that’s making it an increasingly popular choice for other sectors too, like Education where schools and colleges want minimal disruption to their students and campuses.

Mr Tuckers explains in these instances, construction can often take place entirely in school holidays. And he says while Western Australia has been slower on the uptake than the East Coast of Australia, New South Wales and Victoria in particular, have some great examples of really modern and attractive builds for industries other than mining.

They include the Victorian Department of Education’s double storey classroom block at Dandenong North Primary School providing students with a state-of-the-art learning space in a modern comfortable building that blends in seamlessly with the surrounding in-situ constructions.

Mr Tucker says it’s one of the company’s custom building solutions, architecturally-designed to be a light, bright and open leaning space.

Mr Tucker explains the design brief called for an enhanced external façade to reflect the creative space of a music centre.

“Being a music space, it naturally also had to be acoustically sound, and all linings, windows and fixtures were treated to provide sound protection from adjoining areas,” he says.

“Our modular solution enabled us to manufacture and install the project within 12 weeks, impossible with an in-situ construction alternative.”

Mr Tucker says that often, when State Governments build new schools, they enter a ‘PPP tender’ – a Private-Public Partnership and in that have a financier, architectural, construction and maintenance pools. They then lease the school to the Government for ten years, with an option.

“Alternatively, schools and other organisations can take advantage of the breadth of ATCO’s offering, and go for an integrated model.  Along with the structures, this would involve leveraging ATCO’s global expertise in energy, and strong energy presence right here in Western Australia to include an integrated energy overlay – for instance solar, with a variety of back up and storage solutions for the entire school, for example.

“This model is going to be best suited to private schools.

“We’ve completed many classrooms and school expansions and whilst we’ve not yet done a complete new school, building a school in urban Perth is no more or less complicated that doing a mining camp in the middle of regional WA.”

Mr Tucker says generally in the WA school scene, modular is still most commonly used for rapid expansion and temporary use. For anything more permanent, schools are still sticking with bricks and mortar.

“All of us at some stage have sat in the old demountable classroom that’s been daggy and run down and that’s a hard reputation to overcome.

“That’s the journey we’re on; you only have to look at the finished products like Dandenong and Knox Grammar and many of ATCO’s other developments, to see modular is sleek, modern and entirely functional with the added advantage of fast construction.