The corporate regulator has strongly criticised company directors and lead managers involved in mining IPOs, saying they often have conflicts of interest, favour select clients and are focused on chasing short-term gains. 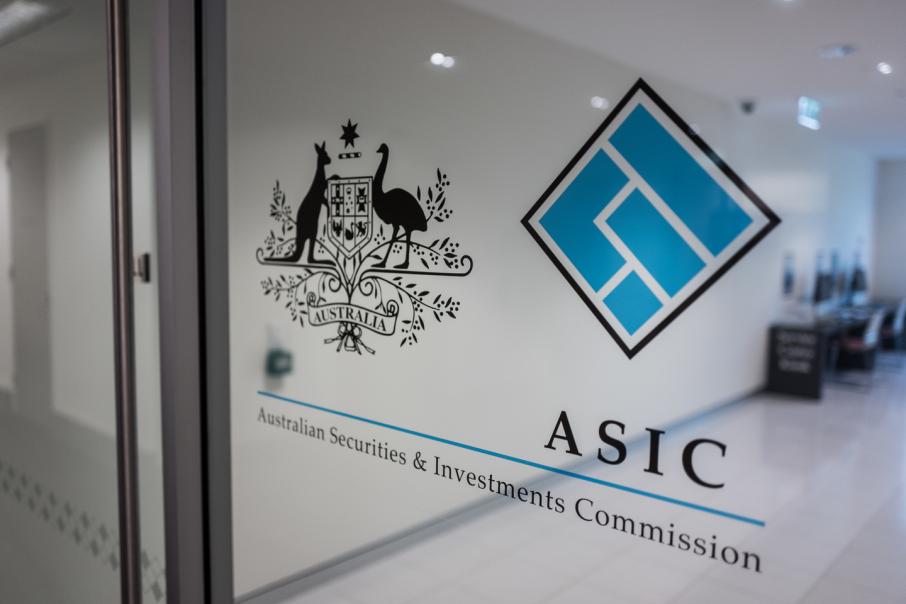 ASIC says focus on short-term returns can be exacerbated by the fact lead managers often initiate the IPO origination.

The corporate regulator has strongly criticised company directors and lead managers involved in mining IPOs, saying they often have conflicts of interest, favour select clients and are focused on chasing short-term gains.

In a report released today, the Australian Securities and Investments Commission said some lead managers gave preference to a select subset of investors.

“There was a common design and structure to many mining IPOs that may consistently deliver positive short-term benefits for a small subset of investors – that is, those within lead manager networks who are able to secure IPO allocations,” the report stated.

“Retail investors not associated with a lead manager or their networks had limited access to IPO investments.”

ASIC said the focus on short-term returns could be exacerbated by the fact lead managers often initiated the IPO origination.

“In this way, some professional advisers target the sector in order to generate those immediate returns on an investment, gaining a disproportionate benefit through their early, direct involvement in the process,” the regulator said.

ASIC found conflicts of interest were a significant concern, leading to potential misconduct and unfair outcomes.

“This is because lead managers may act for both the company and investing clients, hold direct interests in the company, have representatives on the board or provide other ongoing services,” the report stated.

This meant lead managers “are often unable to identify whose interest, or what capacity, they are acting in”.

It also found that promotional material is often subject to sub-standard compliance controls yet can have a significant influence on investors.

These materials include terms sheets, investor presentations, email ‘blasts’ from investor forums and the use of quasi-news platforms with ‘sponsored content’.

ASIC’s report was based on a review of 17 mining IPOs, 11 of which were named in the report.

It said these IPOs represented nearly one quarter of all mining IPOs between 2016 and 2018 and were a representative sample.

It also reviewed the activities of 16 lead managers, 10 of which were interviewed.

It noted that each of its concerns, findings and observations may not be applicable to all entities named in the report.

ASIC noted that mining IPOs were distinguishable from most others, as the companies were often newly incorporated with limited operating history.

“Our experience is that these IPO prospectuses tend to be lengthy and contain substantial jargon so they can lack clarity,” it said.

“Large portions of prospectuses are usually compiled by external professional advisers, such as geologists and technical services firms.

“This creates challenges for investors and regulators alike.”

ASIC asserted that some advisers sought to take advantage of these circumstances.

“We were concerned that the speculative nature of an investment in exploration mineral assets means the industry is at higher risk of being targeted by professional advisers seeking to generate a pipeline of transactions and associated fees.”

ASIC said companies, directors and lead managers should have regard to the better practice recommendations outlined in the report and eliminate, or at least recognise and appropriately manage, conflicts of interest.

Commissioner John Price said companies and advisers needed to conduct themselves in a way that was fair and responsible.

“Disclosure has limits and over reliance on disclosure alone can lead to poor investor outcomes and a loss of confidence in the market,” he said

“ASIC will therefore focus more on the underlying business practices and processes supporting IPO transactions in future, including the conduct and governance practices of company directors and advisers.

“ASIC is able to take enforcement action where we identify unlawful conduct or practices that may harm investors.”

ASIC noted that several of the concerns and recommendations it identified are consistent with recent amendments made by the ASX to its listing rules and guidance to enhance transparency.

Its report comes after the ASX has tightened regulation of new listings, especially 'backdoor' listings, also known as reverse takeovers.