Local IT firm ASG Group has received $112 million in contract extensions, with the majority attributed to work for the Victorian Department of Education and Training. 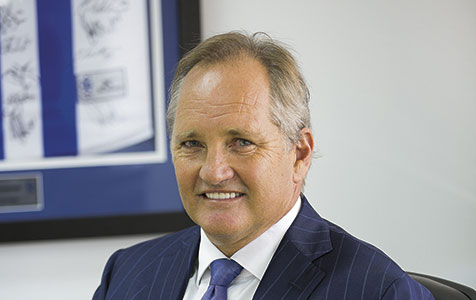 Local IT firm ASG Group has received $112 million in contract extensions, with the majority attributed to work for the Victorian Department of Education and Training.

ASG has built on its relationship with the Victorian DET with a $105 million contract to provide its New World model to the department under an initial five-year term.

Under the contract, ASG will develop a purpose-built, private cloud platform for the deportment, under a fully outsourced arrangement.

“ASG has been delivering the Oracle PeopleSoft HRMS and Payroll application for the department since 2007 and this contract extends our engagement to finance and procurement applications,” ASG chief executive Geoff Lewis said.

“This contract sees ASG supporting an expanded range of IT services and applications for DET, highlighting our continuing positive relationship with the department.”

Meanwhile, ASG has extended an existing contract with the Department of Education in Western Australia, securing an initial two-year, $7 million contract to provide its HRMS and Payroll managed services.

“These contracts underline ASG’s position as one of the largest HRMS PeopleSoft payroll support organisations in Australia, managing the payroll arrangements of more than 160,000 people,” Mr Lewis said.

“For ASG, these contracts provide strong support for our long-term managed service revenue base.”