ASG Group’s share price slumped today after the IT services company reported weaker-than-expected annual results along with bonus payments to its top executives. 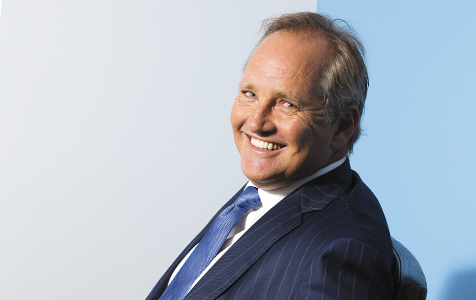 ASG Group’s share price slumped today after the IT services company reported weaker-than-expected annual results along with bonus payments to its top executives.

While net profit for the year to June 2015 was up 6.3 per cent to $9.5 million, the second-half contribution was down substantially at just $3.8 million.

Other earnings measures, including EBITDA, were weaker on an annual basis.

The company said several factors adversely affected its 2015 results, with the project and resource augmentation part of the business softer than expected.

There were delays in two major contracts and some challenges with its transition activities, which delayed the start of managed services.

ASG also said its operating cash result was slightly lower than anticipated, as a result of a delay on a large milestone payment, and consequently its debt level was higher than expected at June 30.

The $2 million milestone payment was eventually received in August.

Chief executive Geoff Lewis said the company had a record year of contract wins, which would underpin future earnings.

It lifted revenue by 2.6 per cent to $164.3 million in FY15, and said it anticipated further growth of between $180 million and $190 million in the current financial year.

However, it spent an extra $2.1 million on bid costs and contract establishment costs compared with the previous financial year.

“We are not expecting this level to recur in FY16 when the revenue from these deals will begin to flow through to the bottom line,” Mr Lewis said in a statement.

He also predicted an improvement in the company’s EBITDA margin, saying it was on track to achieve a 14 per cent margin (to sales revenue) in FY16.

Strategies to achieve this include offshoring, with the company planning to have 10 per cent of its workforce based overseas by June next year.

For the second year running, Mr Lewis's cash income was boosted by a $250,000 bonus, which was tied to the company’s ‘cash earnings’.

The bonuses have largely offset the impact of a substantial reduction in Mr Lewis’s base salary to $686,500, which was implemented after a large protest vote by shareholders at the company’s 2013 AGM.

Excluding share-based payments, Mr Lewis has been paid more than $1.1 million in cash and other benefits each year for the past seven years.

ASG shares were down 7.5 cents at 96.5 cents when the company called a trading halt ahead of a new contract announcement, after having fallen as low as 92 cents in morning trade.

The stock has been a strong performer over the past 18 months, having tripled in value to a peak of $1.08 early this month.