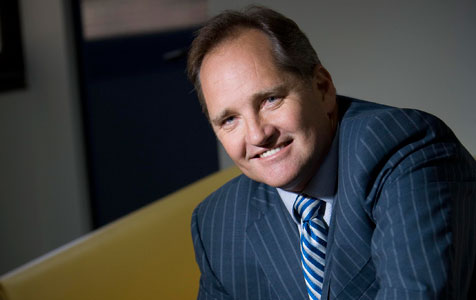 Perth-based information technology company ASG Group has reported a significant financial loss for the 2013 financial year as it struggles to come to terms with the changing sector.

It announced a net loss of just under $30 million for the year before tax, and an earnings deficit of $19.9 million before interest, tax, depreciation and amortisation.

Revenue lower than forecast contributed to the loss; ASG reported revenue of $75.9 million for the first six months of FY2013 and was anticipating second-half revenue of around $87 million.

However the company only managed revenue of $76.6 million in the six months to the end of June 2013.

But the company’s situation appeared to improve towards the end of the year, with revenue 36 per cent higher in the final quarter compared to the third quarter.

ASG said a strategic review of the business was improving its profitability, but $17.7 million in writedowns and $21.7 million of intangible assets expensed in prior years also contributed to an overall loss.

The $19.9 million deficit in earnings was, in fact, an improvement on a year earlier when the deficit was $20.6 million (EBITDA).

ASG managing director Geoff Lewis said the company was already seeing benefit from its strategic review, with positive baseline earnings of $3.7 million for the final quarter.

“We realigned our business to take advantage of the major transformation in IT that’s taking place in the global marketplace, and which is steadily gaining traction in Australia with more customers transitioning to Cloud-based IT,” Mr Lewis said.

“As part of the restructure, we cut our corporate overheads, recalibrated our operations to be more efficient and effective, and implemented conservative accounting policies that more accurately reflect our business model. ASG is a significantly more effective company as a result.”

However, Mr Lewis’ announcement that the company had signed $86 million worth of agreements in the first quarter of the 2014 financial year, positioning it for a net profit in the oncoming year, wasn’t enough to appease shareholders.

Shares in the company had fallen almost 17 per cent at 10:25 WST to 36 cents each following the announcement of the full year financials.

The company is also still in the midst of negotiations with potential buyers for its data centre, which it describes as a “sound but non-strategic” asset.