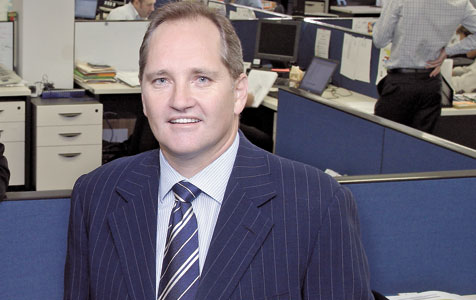 IT services firm ASG Group has announced $25 million in new contracts, while flagging it is in the process of finalising $60 million worth of additional deals.

ASG said the majority of the contracts were for its cloud-based systems, which it referred to as ‘New World computing’, while the terms averaged four years with four-year renewal clauses.

The deals are with a range of new and existing customers across both the public and private sectors, ASG said.

Managing director Geoff Lewis said the contracts were a vindication of the company’s strong market position across the full spectrum of IT services, in particular cloud systems.

“We look forward to providing details of the signed contracts and the additional $60 million in identified revenues in coming weeks and at our full-year result announcement,” he said.

Mr Lewis said the company would continue to forecast strong revenue growth in FY2013, with all of its contracts due for renewal set to be re-signed.

The company said it was also on track to reduce its long-term debts to its target of equal to its EBITDA through its regular payment schedule.

ASG said it would further pay down its debts through the sale of its data centre, with an announcement on that transaction to be released shortly.

The company withdrew from takeover negotiations with Lockheed Martin in March, after the US-based defence giant refused to sweeten its initial proposal.

Lockheed Martin had offered $1.03 per ASG share in October, but slashed that to 68 cents per share in early March.

ASG rejected that offer on the basis that it undervalued its stock.

In October last year, around the time of the initial Lockheed offer, ASG’s stock was trading around 65 cents.