The Australian Petroleum Production and Exploration Association has hit back at claims that members of the DomGas Alliance have supply concerns amid ongoing uncertainty over the North West Shelf joint marketing agreement. 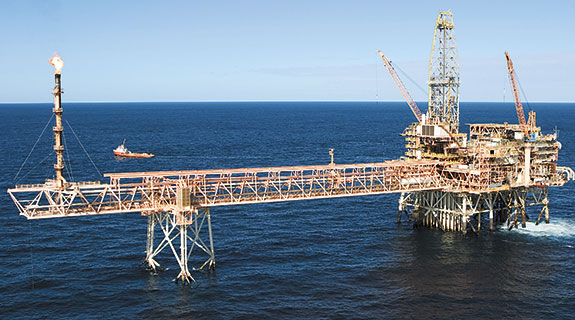 REDUCTION: The NWS now produces less than half of WA’s domgas supply.

The Australian Petroleum Production and Exploration Association has hit back at claims that members of the DomGas Alliance have supply concerns amid ongoing uncertainty over the North West Shelf joint marketing agreement.

The alliance’s executive director, Matt Brown, told Business News that some of its members, which include Citic Pacific Mining, Alcoa, and the Kwinana Industries Council, were struggling to secure the volumes of gas and length of contracts they needed.

Mr Ellis pointed to the hundreds of millions of dollars invested by AngloGold Ashanti and Fortescue Metals Group (a DomGas Alliance member) to convert their operations from diesel power to gas as proof there was confidence in the health of the state’s domgas market.

“These investments would not even be contemplated if long-term gas supply was uncertain,” Mr Ellis told Business News.

According to the Independent Market Operator, Western Australia’s total domestic gas production capacity is 1,477 terajoules per day, although only about two thirds of this amount was actually produced last year.

When Chevron’s Gorgon and Wheatstone projects begin production, their domestic gas contribution (total capacity of 382TJ/day) is expected to increase WA’s domgas capacity by 26 per cent, while a new domestic gas commitment from the North West Shelf’s Persephone and Greater Western Flank Two developments will add about 100TJ/day.

Mr Ellis said there was no difficulty obtaining domgas supplies as long as customers were realistic and prepared to pay prices that reflected the high cost of exploration and development.

“The only conclusion that can be drawn from Mr Brown’s comments, therefore, is that the DomGas Alliance members he is referring to are unwilling to pay a competitive price for the gas,” he said.

“This is not surprising given that some alliance members have long considered it the responsibility of gas producers to subsidise their businesses.”

Mr Brown said the DomGas Alliance stood by its comments.

“Gas users are not seeking a subsidy, they are seeking an open and competitive market with secure, long-term supplies of Western Australian gas,” he said.

“It’s an old trick of producers to point to one or two successfully negotiated contracts as evidence the whole market is working while ignoring numerous other opportunities that remain on the drawing board because of a lack of long term, competitively priced gas.

“The reality is in some cases users struggle to get producers to come to the negotiating table with sufficient volumes of long-term gas, before price is even discussed in detail.”