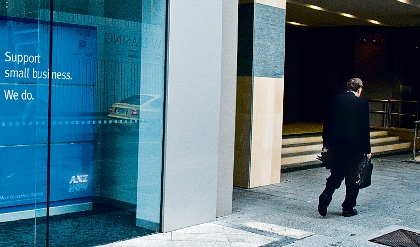 ANZ Banking Group has joined most other lenders, including the major banks, in not passing on the central bank's recent cash rate reduction in full, after cutting its standard variable rate on home loans by only 20 basis points.

ANZ said it would reduce its standard variable home loan rates from 6.8 per cent, to 6.6 per cent from October 19.

The Reserve Bank of Australia cut the cash rate on October 2 by 25 basis points, sparking calls from politicians, industry groups and retailers for the banks to pass on the reduction in full to mortgage holders.

National Australia Bank and Commonwealth Bank have since reduced their standard variable rates by 20 basis points, while Westpac's cut was just 18 basis points.

Australian Chamber of Commerce and Industry director of economics and industry policy Greg Evans said earlier that the banks no longer had a reason to hold back on rate cuts as their funding pressure had significantly eased.

However, all of the major banks have claimed that the increased competition for deposits has offset stabilising offshore funding costs.

"Recent stability in wholesale funding markets has been offset by the impact of intense competition for retail deposits as banks seek to improve their funding mix in response to market and regulatory pressures," ANZ's Australian operations chief executive Philip Chronican said in a statement.

"While this increase in competition is benefiting the majority of our customers, through historically high deposit rates relative to the cash rate, last week's decision from the RBA has provided some scope to once again reduce our variable lending rates."

ANZ made its announcement after its monthly review of interest rates, which is held on the second Friday of every month.

The bank has conducted its own monthly review of rates since the start of the year in an effort to distance itself from the RBA's decision on rates.

Financial comparison website RateCity said only seven out of 44 lenders that have announced rate cuts since the RBA decision have passed on the full reduction.