If Woodside Petroleum is ever looking for a corporate slogan it could borrow a saying from the Dutch philosopher Erasmus: “in the land of the blind the one-eyed man is king”. 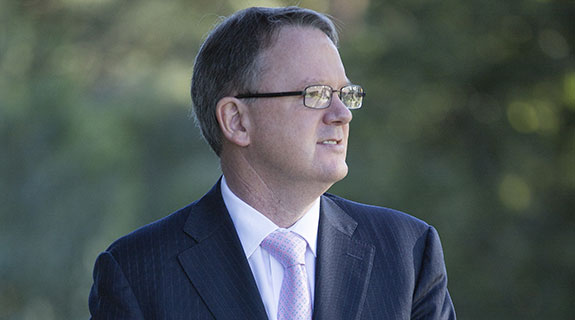 If Woodside Petroleum is ever looking for a corporate slogan it could borrow a saying from the Dutch philosopher Erasmus: “in the land of the blind the one-eyed man is king”.

While not flattering, it is an accurate description of how WA’s second biggest stock-exchange listed company is outperforming its competitors, largely because rivals are performing badly rather than Woodside performing strongly.

Like every business exposed to falling prices for oil and gas Woodside is being forced to weather a crisis, and while its share price is close to a 12-month low it is well placed to ride out the storm and emerge a winner, if only because it has the strength to be “the last man standing”.

Just how strong Woodside is relative to the rest of the battered resources sector will become clearer over the next few weeks, first with its annual production report schedule for release on January 21, followed on February 18 with its annual profit statement.

Production should be in line with market guidance released just before Christmas at between 91 and 93 million barrels of oil equivalent, a composite number that incorporates oil and gas.

Profit, thanks to the oil-price crash, is expected to be down 50% to around $US1.2 billion (like most oil companies Woodside reports in U.S. dollars).

Along with the widely-expected lower profit will come a corresponding cut in the annual dividend from the generous $US2.55 paid in 2014 to around US1.10 for calendar 2015, and perhaps lower.

If those financial numbers were being reported by a company in almost any other industry shareholders would be angry, and quick to question why management had not delivered a better result.

But in oil and gas there is not much which can be done to dodge the fact that all producers are essentially “price takers”, largely exposed to daily swings in the oil price which has fallen to a 12-year low of $US30 a barrel.

At that depressed price, caused by sluggish demand from major consuming countries such as China, plus a flood of excess supply that includes first exports from the U.S. in 40 years, most Australian oil companies are losing money.

Woodside however, thanks to its heavy exposure to gas (both domestic sales and liquefied exports) has a cushion in the form of a low break-even oil price which is estimated to be around $US28.40 per barrel of oil equivalent with the company able to generate positive cash flow until the oil price gets that low.

The key to Woodside enjoying a low cost threshold lies in the fact that the company is exposed to a number of “legacy” assets, oil and gas fields which have been in production for decades, such as the North West Shelf joint venture which started delivering gas 32 years ago.

But, in that strength can also be found Woodside’s greatest weakness, an unsuccessful search for big new growth projects.

The North West Shelf (NWS), which is managed by Woodside but in which it has a relatively small shareholder of the export phase, has reached a stage where it needs additional gas supplies if it is to continue meeting contractual commitments.

That’s why, in the face of the most severe oil-price slump in 20 years, the Shelf partners have agreed to a $US2 billion expansion through what’s called the Greater Western Flank Phase 2 (GWF2), a project based on tapping 1.6 trillion cubic feet of gas in a series of small gas fields which will be plumbed via subsea pipelines into the Goodwyn production platform.

In the current depressed market GWF2 is one of the few big oil and gas projects going ahead anywhere in the world, though whether it is proceeding because it will be profitable or to comply with gas supply obligations is an interesting question.

“The GWF2 project continues a series of NWS project subsea tiebacks that are commercialising its gas reserves in a timely and efficient manner to extend plateau production,” Coleman said in a statement.

In other words it’s business as usual for the Shelf partners because one of the inescapable facts about all oil and gas projects is that from the day production starts so does a natural decline which means new sources of supply are constantly needed.

And therein lies the crux of the challenge confronting both Woodside and the rest of the oil world because without investment in new projects a crisis must eventually occur.

In a global context the problem today is that the low oil has seen at least 150 projects around the world delayed or cancelled thanks to the flood of production from existing fields, a situation which will eventually cause an oil-price spike, perhaps as soon as the next two years.

It’s during the supply glut and price crash that Woodside has its best chance of doing something significant with its legacy cash flows which, so far, have been largely returned to shareholders under a generous dividend policy which sees 80% of annual profit paid out to investors.

Growth projects and takeover attempts have generally failed thanks to a combination of bad timing, bad locations and a wariness on the part of Woodside management to not overpay for an asset.

The net result is that not much in the way of growth has happened at Woodside in the past few years and what has happened does not look good in the light of a $US30/bbl oil price.

Buying a basket of assets from U.S.-based Apache Corporation looked good when announced in late 2014. But since then the oil price has fallen by 50% from around $US60/bbl when the deal was announced to its current record low.

Apart from failed exploration programs (a risk factor faced by all oil companies) Woodside’s most notable incomplete deals include:

Some critics see those failures as egg on the face of Woodside management. Other observers see each failure as a fortunate development because they would have been deals done at a time of high oil prices, or high construction costs, or have lured the company into an inhospitable domain, far from the safety of its Australian business base.

In a way, doing nothing (or being prevented from doing some things) has been a successful, if fortuitous management philosophy at Woodside, preventing an entry into the Israeli project at a high price and saving the company from developing Browse at the wrong time.

What next is what shareholders are asking because a “do nothing” approach to future growth can only last for so long with a decisions eventually required as oil and gas fields deplete and investment becomes essential – which is what GWF2 is all about.

The official line from Coleman and his team is that there are abundant growth options such as a Canadian onshore gas project which came with the Apache acquisition and an offshore processing option for the Browse fields (using a barge similar to that Shell is close to installing on its nearby Prelude gas field).

Supporting that argument are the benefits of falling construction costs which might put a Browse “floater” inside the return-on-investment parameters required by Woodside’s directors.

Falling asset values might also make corporate deals more appelaing such as a fresh attempt to enter the PNG oil and gas sector by bidding for InterOil, an emerging rival to Oil Search in that country with big but undeveloped gas discoveries.

Exploration success could also bring development opportunities, if the economies are appealing which does not appear to be the case with a recent gas discovery in Myanmar, and there is also the potential to earn revenue by toll-treating gas from “orphaned” fields off the north-west coast where owners are unwilling to build their own liquefaction plants.

The next 12-to-24 months will be a critical time for Woodside. Not because its profits (and dividends) will be reduced but because the opportunity to apply cash flow from legacy assets to corporate deals will be at a peak.

The do-nothing approach, which has worked well until now, will not please shareholders for much longer, and it should not please management that the local oil-sector leadership baton is about to pass to Chevron which will soon start production at its Gorgon and Wheatstone projects.

Woodside will still be a big fish in the small Perth pond, but it will be the second biggest fish and that will be a new experience for a company which has traditionally looked down on everyone.