The contrasting fortunes of the Bunnings and Masters hardware businesses reflect the broader performance of their relative corporate owners. 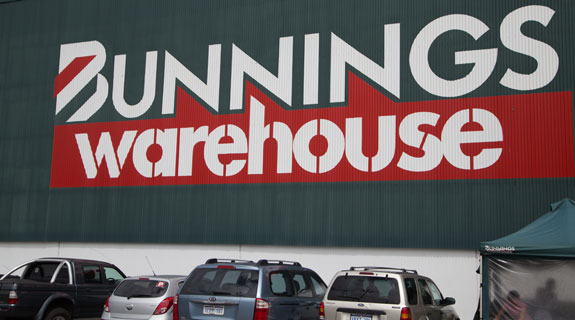 UNIMPRESSED: US investment bank Citi says Bunnings’ move into the UK market does not add to its valuation of parent company Wesfarmers. Photo: Attila Csaszar

The contrasting fortunes of the Bunnings and Masters hardware businesses reflect the broader performance of their relative corporate owners.

Perth-based retailing specialist Wesfarmers is a candidate for the ‘smarter’ category, having just been handed a perfect example of how not to develop a home improvement and hardware business by its retailing rival, Woolworths.

It’s not that Wesfarmers, which owns several retail brands along with a handful of non-retail assets, needs a lesson in hardware – thanks to its outstanding Australia-wide success with the Bunnings business.

The question is whether the expansion of Bunnings into Britain will cause Wesfarmers problems similar to those that led to the collapse of the Masters hardware joint venture between Woolworths and the US home supplies specialist, Lowes.

The collapse of Masters, and a deal under which the Bunnings logo will go up on 265 Homebase hardware stores in Britain, were announced on the same day, January 18, with a two-minute gap between statements released by the Australian Securities Exchange.

Whether coincidental or not, the end of one hardware venture and the start of another provides a window into the affairs to Australia’s biggest retailers – one successful and growing, the other struggling and contracting.

Woolworths, once the undisputed king of food retailing in Australia (having wiped the floor with its traditional rival Coles), now finds itself playing catch-up thanks to Wesfarmers efforts to revolutionise the Coles business since a takeover in 2007.

The switch in leadership between Woolworths and Coles is a second lesson in how expensive mistakes can be made in retailing, a business that seems simple to an outsider – buy something for $1 and sell it for $1.10 … easy, when said quickly.

Wesfarmers, which has changed shape repeatedly since starting life as a farmer-owned cooperative, is now number one in Australian retail, which is why its management believes it has the skills to expand internationally for the first time.

Whether spending $705 million to buy Britain’s second biggest home improvement and garden retailer (commonly known as ‘hardware’) with a further $1 billion earmarked for rebranding Homebase stores as Bunnings stores proves to be a success is a question investors are considering.

On the positive side of the Homebase-to-Bunnings debate, there is ample proof that Wesfarmers has unrivalled skills in managing and expanding a hardware chain in Australia; with the promise of getting even bigger now that Masters has been blasted from the scene.

On the negative side, there is the nagging question of whether the Masters failure, despite being owned by two big retailers, is a pointer to what happens when a business expands into unfamiliar territory.

In the Masters case, the foreign experience was hardware itself, a business that has been generating high rates of return for Wesfarmers on capital invested – the critical measure used by the Perth conglomerate when judging the success (or otherwise) of its business units.

In teaming up with Lowes, a leader in the US home improvement market, Woolworths thought the Masters joint venture could create a new business and steal market share from Bunnings.

It’s history that Masters was a disaster from the day it first opened its doors, partly because management believed what worked in the US would work in Australia, such as selling white goods (refrigerators and washing machines) alongside the traditional hardware offering of nuts, bolts and screws.

In effect, Woolworths and Lowes thought it would be smart to compete with highly skilled white goods retailers such as Harvey Norman and hardware leader Bunnings at the same time – a stunning strategic mistake that any student of military history knew would fail.

Wesfarmers, which employs some of the shrewdest business brains in Australia, is confident it will not make mistakes like Masters when it starts to convert Homebase to Bunnings.

Not everyone shares that confidence; especially those familiar with the poor track record of Australian companies that have expanded overseas, or of companies from relatively small markets that believe a step up into a bigger market is just more of the same, magnified.

Michael Chaney, a former chief executive of Wesfarmers and a former chairman of National Australian Bank, understands the point about expanding into new markets thanks to Nab’s ill-fated acquisition of the Yorkshire and Clydesdale banks in Britain.

Britain should have been easier for Nab; after all, banking seems to be as simple as retailing – pay 3 per cent on deposits and lend the money out at 7 per cent, hopefully to risk-free borrowers.

Describing the international expansion as one being undertaken with ‘eyes wide open’.

“We believe the acquisition of Homebase provides a long-term value creation opportunity for Bunnings, which will complement the strong growth trajectory of the Australian and New Zealand business,” Mr Goyder said.

There is certainly room for Homebase to be improved. Over the past five years its pre-tax earnings have been at a rate of 1.6 per cent versus Bunnings’ earnings rate of 11.1 per cent, and its 33.5 per cent return on capital.

A dose of Bunnings know-how with its ‘lowest prices are just the beginning’ approach to retail could work wonders, if British shoppers warm to aggressive Australian marketing, or a toned-down version to cater for a less brash British market.

There is also the potential to make better use of Homebase floor space by adopting the Bunnings approach of stacking stuff to the roof to achieve greater density of the overall offering to shoppers; but whether that’s what the locals want is yet to be discovered.

Perhaps British shoppers do want washing machines and new kitchens with their bags of fertiliser and pots of paint.

It is partly for those reasons that some critics are not optimistic, yet, about the Homebase acquisition.

US investment bank Citi is unimpressed, noting in a research report circulated the day after the Homebase acquisition was announced that the deal did not change the outlook for Wesfarmers, which the bank believed faced “single digit growth for the next three years”.

Citi said the Homebase deal did not add to its valuation of Wesfarmers; and while that sounds like the sort of criticism that followed the $22 billion Coles acquisition just before the start of the GFC, it is something investors should consider, because Coles took five years to turn itself around.

While smaller, Homebase could take just as long, given its location and the certainty that rival British hardware groups, especially the market leader B&Q, will compete vigorously.

The consensus view of investment banks is that Wesfarmers, at a recent share price of around $42 is fully priced. Citi thinks $36.20 is where the stock is headed. JP Morgan is tipping $38, while Macquarie is top of the optimists with a price forecast of $45.18.

More light will be thrown on the Homebase deal and Wesfarmers’ overall performance on February 24 when the company releases its results for the half year to December 31.

The performance of the company’s retail operations (including Coles, Bunnings, Kmart, Target and Officeworks) will dominate that report, but a close eye will also be cast over the less-than-successful divisions within Wesfarmers.

Coal mining, for example is a particularly poor performer, contributing just $50 million in pre-tax earnings last year from revenue of $1.37 billion, and a return on capital of 3.4 per cent.

Under the Wesfarmers business model of making investment decisions based on the return on capital, coal must go soon – closed, or sold.

If coal is a near certainty for the chopping block, the same might also apply to the Wesfarmers industrial and safety business, which performed almost as poorly as coal last year ($70 million in profit from $1.7 billion in revenue for a return on capital of 5.5 per cent).

The point of looking at the weaker parts of Wesfarmers is to introduce another reason for treating the British adventure with caution, because there are business interests closer to home that need the attention of a management team about to undertake a foreign adventure.

Wesfarmers has been in this position of uncertainty before, most notably in the years after the Coles acquisition, a deal that eventually emerged as a big win.

Over the next few years, however, there will be doubts about the British move when there is work to do at home, which is why the consensus view is for modest profit growth and an equally modest increase in the annual dividend.

On balance, modest growth in the current economic climate might be seen as an outstanding result, with better years to come if management maintains its focus on problems at home and does not get carried away with the move into Britain – and uses the deal as a reason to visit regularly, say around the time of a Lord’s cricket test, or a spot of tennis at Wimbledon.