Woodside Petroleum has spent the past 60 years focused on the development of its own projects in Australia, but in the space of one year, two major takeover deals collectively worth $15 billion look set to reshape the Perth-based energy giant. 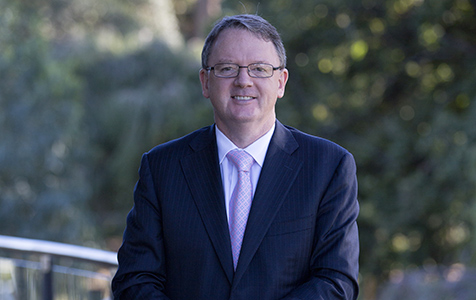 Woodside Petroleum has spent the past 60 years focused on the development of its own projects in Australia, but in the space of one year, two major takeover deals collectively worth $15 billion look set to reshape the Perth-based energy giant.

Its proposed takeover of Oil Search, valued at more than $11 billion, will be one of Australia’s largest M&A deals.

If successful, it will give Woodside a 29 per cent stake in ExxonMobil’s PNG liquefied natural gas project.

One of the few deals that eclipses it in size – Wesfarmers’ $22 billion takeover of Coles in 2007 – was another transformational deal, turning the diversified industrial conglomerate into a retailing behemoth.

The Oil Search and Apache deals could end up being the main legacy of Woodside chief executive Peter Coleman, who has reshaped the company’s strategy since taking the reins in 2011.

The changeover coincided with big shifts in the external environment, with cost blow-outs, weaker markets, and political controversy making it harder for Woodside to approve ‘greenfields’ developments.

Its biggest growth opportunity is the Browse LNG project, but it has faced repeated delays, while weak oil and gas prices have added to uncertainty over the project, which is currently in the front-ened engineering and design (FEED) phase.

Woodside hoped to participate in the Leviathan LNG project off the coast of Israel, but was unable to close a suitable deal.

It has picked up a swag of early-stage exploration plays around the globe, where it hopes it LNG expertise will give it a competitive edge, but there is nothing that provides an attractive growth story in the foreseeable future.

Against this backdrop, Mr Coleman has pursued M&A deals, specifically buying into other companies’ projects, as the best way to leverage its expertise and balance sheet strength.

It’s a relatively low-risk approach, with the PNG project already in production and Wheatstone at an advanced stage, and may be what the market is looking for at the current time.

The Apache and Oil Search deals add to a string of M&A transactions involving Western Australian oil and gas assets, with the possibility of more to come.

Most notable was the creation this year of Quadrant Energy, after private equity groups Macquarie Capital and Brookfield Asset Management led the $2.5 billion purchase of Apache’s domgas and oil assets.

Wesfarmers and Angela Bennett’s AMB Holdings have each subsequently acquired a 13.7 stake in Quadrant, held indirectly via an investment in the Macquarie Capital vehicle.

Quadrant’s joint venture partner in most of its WA assets is Adelaide-based Santos, which has recently commenced a major company-wide review that is expected to result in significant asset sales.

Its WA assets include interests in the Varanus Island and Devil Creek domgas plants and related gas fields such as Spar and John Brookes.

Santos also has a 13.5 stake in the PNG LNG project.