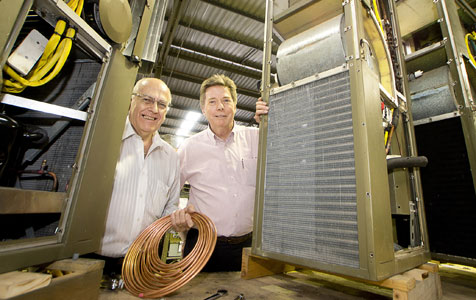 AJ Baker will engage all 73 personnel at Hill, with the acquisition taking effect as of November 30.

Hill's clients include national supermarket group Drake Foodland, and it has also won a contract to supply 40 per cent of the Navy’s major vessel fleet.

“There are therefore very strong ethics and motivation behind the opportunity to now further grow the Adelaide operation,” Keith Turner said.

AJ Baker chairman Peter Baker said the acquisition of the SA business completed a 10-year period of expansion by the Perth group, from a solely Western Australian-based refrigeration contract company to having a national presence in the capital cities of all five mainland states.

“Hill Equipment and Refrigeration has been, like AJ Baker and Sons, a family-owned business and has been controlled for the past three decades by Keith Turner. Over recent years, Hill equipment has been managed by Keith’s son, Mark Turner, and Mark will continue in this role as South Australian State Manager,” Mr Baker said.

“The acquisition will greatly increase the influence of ‘Baker Refrigeration’ within the Australian commercial refrigeration market, in addition to the further opportunities that Hill Equipment brings on board with its catering and defence products.”