Big data is increasingly making its way into the retail sector, monitoring, predicting and perhaps even modelling our behaviour. 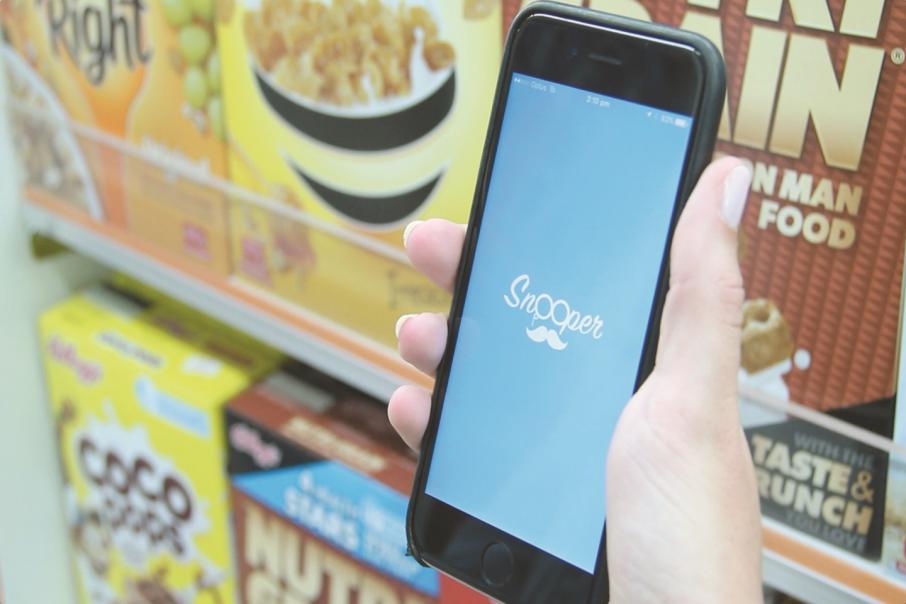 Big data is increasingly making its way into the retail sector, monitoring, predicting and perhaps even modelling our behaviour.

Sugary beverages may not the first thing that comes to mind when thinking about innovation, and yet, like the rest of retail, the fizzy stuff isn’t immune to the forces of disruption.

Companies such as Coca Cola are working with startups to rapidly innovate. The Coca-Cola Company and Coca Cola Amatil, which is one of the world’s major bottlers, have both been playing in the startup and accelerator space in Australia and overseas.

AI and big data is one of the most interesting (some would say frightening) areas in the retail innovation space.

Sweet innovation
Megan Flamer is an innovation consultant and former program director of BlueChilli’s Coca-Cola Amatil Xcelerate scale-up accelerator in Sydney, which has supported a number of these data-driven startups.

Ms Flamer said most major Australian companies were trying to figure out how to be more innovative, and Coca-Cola Amatil was no exception.

“They’re really concerned about disruption,” she said. “They’re conscious of all these new technologies that can really change the way business is done.”

Programs such as Xcelerate allow big companies to tap into innovation quickly and more safely than doing it internally. By investing in startups to solve their sticky problems, big companies can experiment in a ‘siloed’ way.

“The accelerator runs along side their business with a siloed effect,” Ms Flamer said.

“It means giant businesses can solve their problems without changing their business-as-usual [approach].”

The added benefit, she said, was that the large companies funding these startups could be the first to invest.

An associated benefit for the startups is that they also get access to something they wouldn’t otherwise – the huge data sets within these large companies, giving them the ability to test and pilot things not otherwise possible.

Drinks meet data
Big data is one of the key areas where there is a real demand from corporate giants such as Coca Cola for innovative solutions.

Among the key findings in the PwC ‘Global CEO’ report released in January was that CEOs are still facing a huge gap between the data they need versus the data they actually have access to. Interestingly, despite the exponentially increasing amount of data now being collected each year, this gap hasn’t changed much in the past 10 years.

Snooper
One recent startup to go through the Coca-Cola Amatil Xcelerate program was Snooper, which provides a new way for companies to gather consumer insights, especially into product placement and visibility in retail spaces.

As the name suggests, Snooper pays shoppers via an app to gather information and report on things such as in-store promotions and other in-store data, giving companies real-time feedback on their actual execution.

“Snooper solves problems of visibility in the world … using data, and in a much more cost-effective way than if the companies do it themselves,” Ms Flamer said.

Hivery
Hivery is another Australia-based startup with backing from Coca-Cola using data in the retail space.

Hivery, which was also spun out of CSIRO/Data 61, uses AI and big data to predict consumer behaviour to a scarily high degree of accuracy.

Speaking on a recent episode of the Between Worlds podcast, Hivery CEO and founder Jason Hosking shared how accurate the startup’s ‘prescriptive analytics’ software is when applied to vending machines.

One of the examples he gave was a specific vending machine in a hotel in Las Vegas. Hivery’s software predicted that, over a two-day period, the machine could sell six units of a chocolate protein drink (even though the drink had not previously been stocked in that machine).

Within two days, five drinks had sold. Eerily, the humans involved could not figure out what the rationale was for the demand for these drinks. The vending machine was not near a gym or pool and there were no body building conventions on at the time.

The rise of ethical data
Alongside these developments in the use of AI and big data in the retail world is an increasing global push towards ethical data use. How happy would consumers be to know, for example, that vending machines are spying on them?

Or if they knew an AI was scheming about new ways to increase their soft drink consumption? Similar tactics in the world of social media have been met with an increasing global backlash, with countries now looking at regulating sites such as Facebook and Google especially around their use of data.

A data scientist I spoke to recently in Canada is developing a certification program for ethical data use to meet growing demand from companies that realise ethical data is going to become like the next fair trade or organic certification.

The near-term issue for the tech sector and public alike is going to be ensuring the data is best used to serve our needs, rather than just those of big business. Or has that Rubicon already been crossed?