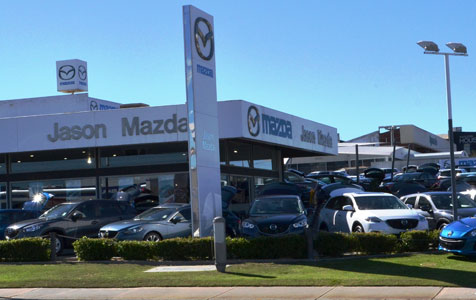 Car dealer network Automotive Holdings Group has added Mazda to its stable of WA dealerships, with the acquisition of Jason Mazda in Osborne Park for $13 million.

"The location also offers the opportunity to leverage a range of synergies and cost-efficiencies, being close to AHG's existing automotive hub of nine high profile dealerships in Osborne Park," Mr Howson said.

The acquisition means AHG holds 12 of the top-13 selling manufacturers in its portfolio of brands.

The dealership generated about $50 million in annual revenue, he said.

AHG operates four Mazda dealerships in other locales – two in Sydney and two in New Zealand.

The company has announced a significant run of acquisitions in recent months, including securing two Toyota dealerships in Melbourne for $20 million in April.

That purchase follows the acquisitions of Coffey Ford and the Bayside and Peninsula Groups on Victoria’s Mornington Peninsula.