Automotive Holdings Group has announced an agreement to sell its Covs Parts business to GPC Asia Pacific for between $43 million and $45 million. 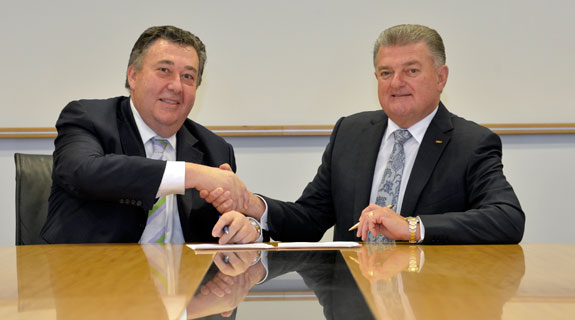 Automotive Holdings Group has announced an agreement to sell its Covs Parts business to GPC Asia Pacific for between $43 million and $45 million.

Both AHG and GPC indicated that the transaction will cement an alliance between the two companies.

AHG managing director Bronte Howson said GPC was to become the preferred supplier of parts and equipment to AHG, while AHG would become GPC’s preferred provider of vehicles.

“We believe it is an exciting outcome for both AHG and GPC,” he said.

“Cov Parts is a highly complementary fit for GPC, expanding our presence in Western Australia and taking our Australasian trade sales to in excess of $A1 billion,” Mr Moller said.

GPC Asia Pacific, which is a subsidiary of NYSE-listed Genuine Parts Company, owns brands such as Repco and says that it is Australasia’s largest automotive aftermarket parts and accessories business.

AHG has owned Cov Parts since 2011, when it purchased it from the Coventry Group.

In March of 2014, press reports caused AHG to reveal that it had been approached by Burson Group regarding the potential sale of Covs Parts.

Discussions with Burson never got past the exploratory stage, and in October last year AHG announced that it had decided that the sale would not be in the company’s best interests.

The deal with GPC is expected to be completed in September of this year.