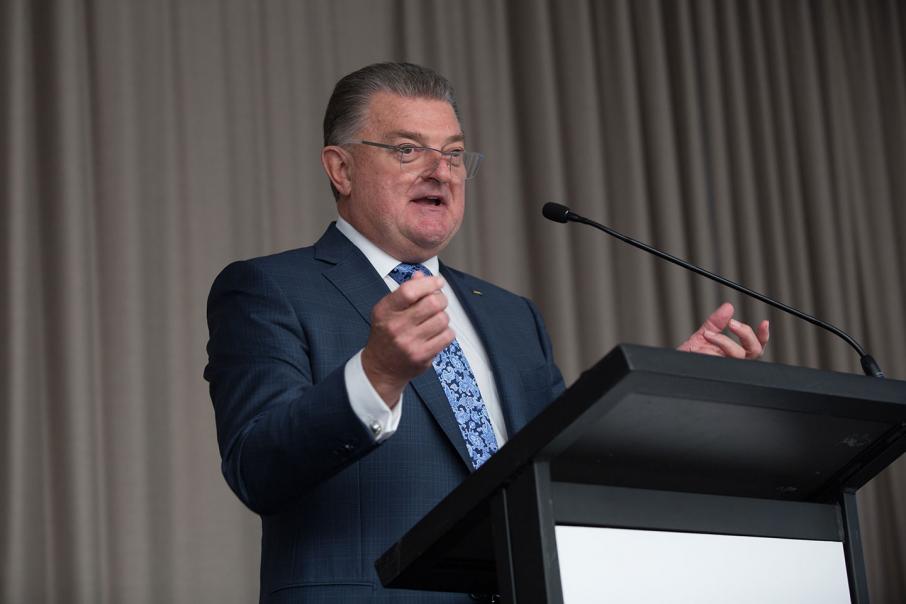 Investors welcomed the news, with the company’s shares up 8.3 per cent to $4.67 each at midday.

Mr McConnell will join the company as chief executive later this month, with an initial focus on operational matters.

He will become managing director on January 1 2017, one day after Mr Howson retires from the role.

In a novel twist, Mr Howson will move into the role of special counsel until September 30 2017, and during this period will work with Mr McConnell on what the company called a formal transition plan to ensure an efficient handover.

AHG said Mr Howson will continue to be paid his current fixed remuneration, of $1.23 million per annum, up to the end of June 2017.

However he will also get one-off payment of $600,000 “in further consideration of the post-employment restraints set out in his service agreement”.

In addition, Mr Howson will continue to be eligible for a short-term bonus for FY17, capped at $1.2 million, largely in line with his current employment contract.

He also holds about 400 million long-term performance rights, which are subject to three-year performance hurdles extending out to 2017 and 2018.

The company said it plans to seek shareholder approval for the existing performance conditions to be early tested as at 31 December 2016, for about 340 million performance rights.

Mr Howson is handing over the reins after 17 years in the top job.

“I know I am leaving AHG in very capable hands and look forward to supporting John’s transition into the role and working with him over the coming year,” Mr Howson said in a statement.

Mr McConnell has spent the past 17 years at Inchcape, a global automotive distributor and retail group.

He joined the business as chief financial officer of its Australian and New Zealand businesses and was subsequently appointed CEO of the region, before being appointed financial director in 2009.

“There is no doubt that AHG is a successful group, with an enviable existing platform,” Mr McConnell said.

“The challenge I now look forward to is building on that platform and benefitting from the coming transformation we expect to see not just in the cars we drive, but in the way that consumers select, pay for and maintain those vehicles in the future.”

Mr McConnell also said he would take a keen interest in AHG’s businesses outside of automotive, especially the underperforming logistics unit, an area in which he has past experience.

In his new role, Mr McConnell will be paid a fixed remuneration of $1.2 million per annum including superannuation.

AHG chairman David Griffiths said CEO succession had been discussed by the board and Mr Howson over time.

He added that the identification of Mr McConnell as an immediately available possible successor played a large part in accelerating the timing of Mr Howson’s decision.

“As CEO, Bronte successfully led AHG’s evolution from a private group with operations largely based in Western Australia to be the nation’s largest listed automotive and refrigerated logistics group,” Mr Griffiths said.

“He has been a remarkable performer over a significant period and leaves AHG as the number one automotive retailer, with the largest refrigerated logistics business in Australia and a solid platform to achieve further growth in the years to come.

“It can be difficult to move on from a long-standing CEO such as Bronte so I am delighted that we have been able to appoint someone of John’s calibre.”