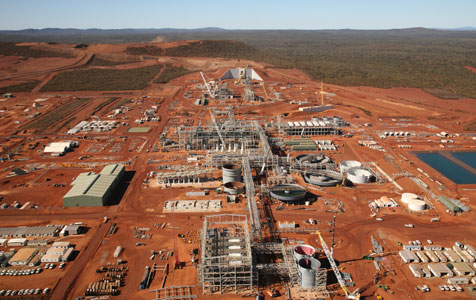 AusGroup, which went into a trading halt earlier today pending the announcement of legal proceedings against a customer, this afternoon announced it had issued a writ of summons against Karara Mining, a joint venture between Gindalbie Metals and Chinese steelmaker, Ansteel, for $54.7 million.

Yesterday, lawyers from Hotchkin Hanly obtained the rare injunction for AusGroup’s Australian arm, AGC Industries, to protect its interest in bank guarantees provided when it won the work, via a secret hearing held yesterday before Justice David Allanson. The injunction related to $8.8 million in guarantees.

The matter was listed in the Supreme Court of Western Australia today.

Gindalbie responded to the news of the legal action by stating that there was a genuine contractual dispute between Karara and AGC. A Gindalbie spokesman said that payments were withheld from AGC over non-performance and the matter would be resolved in accordance with procedures under the contract.

Furthermore, Gindalbie said that neither the dispute with AGC nor another reported issue with Malaga-based contractor UON were connected to Karara's financial situation. Two weeks ago Ansteel moved to take majority ownership of the Karara iron ore project in the Mid West after it and Gindalbie struck a financing deal to help the project through its start-up phase.

Under the arrangement, Ansteel will provide finance to cover any cash shortfalls as the joint venture partners secure a long-term financing agreement from China Development Bank for the Karara mine.

At the time, UON told Business News it had made all reasonable attempts to resolve the matters in accordance with the dispute resolution process of the contract, and claimed Karara had refused to cooperate and had frustrated the contract.

Karara’s alleged breaches of the UON contract included refusing access to the site, failing to give directions required by the contract, and failing to provide extra time for UON to perform as a result of delays Karara itself caused.

The contract between UON and Karara Mining had an agreed value of $8.9 million. According to UON, Karara had purported to apply liquidated damages of $926,910, called up bank guarantees of $893,949 provided as security for retentions, and had refused to pay the cost of variations it authorised.

Gindalbie described the UON claims as baseless and without merit, stating they related to non-performance by the contractor and would be defended vigorously.

It is understood the much-bigger AusGroup claim is a similarly complex dispute which has gone on for at least three months.

Below is a statement by AusGroup released to the SGX:

Legal Proceedings commenced against Karara Mining Limited:
The Board of Directors of AusGroup announces that its wholly-owned subsidiary AGC Industries Pty Ltd has today issued a writ of summons against Karara Mining Limited in the Supreme Court of Western Australia.
AGC's writ is in respect of KML's failure to process, certify and make progress payments amounting in aggregate to approximately $43.5 million in progress payments and for a failure by KML to recognise additional corporate overhead and profit (COP) of $11.2 million which was a performance incentive to achieve certain milestone dates, for structural, mechanical and piping installation works carried out by AGC, at KML's Karara Iron Ore Project in Western Australia, pursuant to a 2012 contract entered into between AGC and KML.
It is AGC's firm view that the progress payments and COP payment claim are valid under the contract particularly given that subsequent to our announcement on 3 May 2013, AGC wrote to KML once again on 7 May 2013, requesting that in accordance with the contract KML provide a written, substantiated and competent claim given that the threat of a claim by KML had been used as a reason for withholding payment since March 2013. Despite that request, and previous demands by AGC, KML has failed to comply with that request. In the circumstances, AGC has no option but to commence legal proceedings.
In addition to the Writ, AGC yesterday applied for, and was granted, an interim injunction to restrain KML from converting to cash a performance security bank guarantee in the amount of $AU8.8 million until further order of the court.
AGC has obtained an additional short term working capital facility of $AU9.2 million from its financiers.
AusGroup managing director and CEO, Laurie Barlow, said: "AGC has not taken this action lightly, however in the interests of our shareholders and other stakeholders, we believe this is a necessary step.
AGC is confident that it has fulfilled its obligations under the contract and firmly believes it is fully entitled to the progress payments and COP payment from KML for the services provided and which can be supported when the matter proceeds to a hearing and formal decision."
Shareholders of the company are advised to exercise caution in trading their shares in the company and the company will make the necessary announcements when there are any material updates on the above matter. The matter is on-going and Shareholders are advised to read all further announcements by the company carefully and to consult their stock brokers, bank managers, solicitors or other professional advisors if they have any doubt about the action(s) they should take. 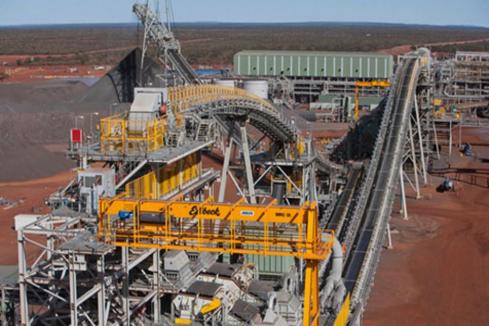 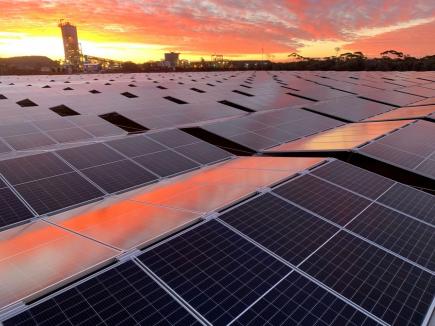