Grower feedback has led the Australian Grains Champion to remove two clauses from its proposal to corporatise CBH Group, with the consortium continuing to criticize the CBH board’s handling of the matter. 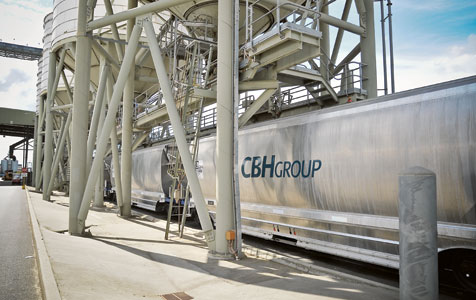 Grower feedback has led Australian Grains Champion to remove two clauses from its proposal to corporatise CBH Group, with the consortium continuing to criticise the CBH board’s handling of the matter.

The two clauses - a break free and exclusivity - were usual in such a proposal, Grains Champion said, with the board of CBH focusing on opposing these clauses instead of the substantive proposal.

AGC director Brad Jones said the response from the board to date indicated it had no intention of allowing growers to consider and vote on the proposal.

“Feedback from CBH grower-members is that they want the opportunity to consider the merits of the proposal and these conditions have become an unnecessary distraction from what is otherwise a very compelling proposal,” he said today.

“Rather than consider the proposal on its merits, the board has chosen to concentrate on a distraction in order to prevent the due diligence required by Australian Grains Champion so it's proposal’s benefits can be given proper consideration by growers.”

Mr Jones has a farm enterprise himself, in Tammin.

“In order to demonstrate our commitment to the proposal and to remove this obstacle, Australian Grains Champion has informed the CBH Board it will waive the break fee and exclusivity requirements,” Mr Jones said.

“Even with these changes we have doubts that the CBH board will genuinely consider the proposal as their every action to date indicates they are rusted on to the cooperative structure.

“If, as we expect, the pro-cooperative CBH board will not enter into an agreement before March 18 to start the process to put our proposal to a grower vote, we will continue to work with member-growers to evaluate all options available to ensure growers, not the board, have the chance to consider full details of the proposal and vote on its merits.”

The Graincorp-backed AGC announced its bid in mid February, offering up to $1 billion in cash plus shares in a future listed entity.

When announcing the bid, AGC said growers would likely maintain a majority shareholding in the new entity, and promised to invest in a reshaping of the grain supply chain network.

Update
CBH Group said the changes did not alter the fundamental concerns previously outlined by CBH.

“The CBH Group can confirm that it has received correspondence from AGC retracting its demand for exclusivity and an approximate $16 million break fee as part its proposed Process Agreement," the co-operative said.

"The CBH Group Board remain committed to a comprehensive assessment of the proposal with the support of its legal and financial advisors and will take this amendment into account as part of that process.”