AFL makes changes to round five

Thursday night’s match between the West Coast Eagles and Richmond Tigers has been postponed, as part of several changes made to round five of the 2020 AFL season. 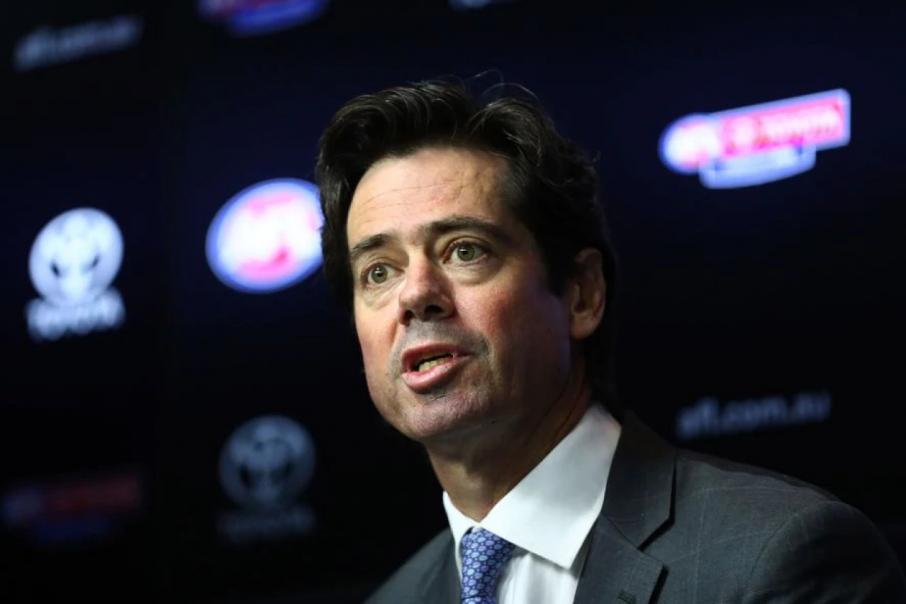 Gillon McLachlan said further changes to the 2020 fixture will be made in the coming weeks. Photo: AFL

Thursday night’s match between the West Coast Eagles and Richmond Tigers has been postponed, as part of several changes made to round five of the 2020 AFL season.

It follows new strict coronavirus restrictions imposed by the Queensland government, including the requirement for players to quarantine for 14 days following any match against a Victorian club.

Victoria’s COVID-19 cases had surged over the past few days, with 75 new infections recorded overnight.

The AFL was forced to make three changes to round five, including replacing the Thursday night match with a game between Carlton and St Kilda at Marvel Stadium in Melbourne.

West Coast will instead play Sydney Swans at Metricon Stadium on Saturday, while the Fremantle Dockers remains scheduled to play the Adelaide Crows in Gold Coast on Sunday.

Richmond will now play Melbourne Demons – originally scheduled to play against the Swans – on Sunday at the MCG.

The new restrictions, however, have left several games in doubt, including Fremantle’s clash against Melbourne in round six, which requires the Demons to fly into Queensland.

AFL boss Gillon McLachlan said the AFL fixturing team would work in the coming days to provide more clarity on round six.

“We will look at the implications of the (new) fixture over the coming weeks and make further changes as required,” Mr McLachlan told reporters this morning.

“We said at the start of the season, it will be a season like no other.

“We’re going to have to be flexible and agile throughout this season in order to play all 144 games for the season, plus finals, that remained when we resumed.”

A match between Geelong and Collingwood has been scheduled to be played in Perth on July 17, one day before Western Australia removes its 50 per cent capacity limit on venues.

The game will be played in front of a crowd of up to 30,000, instead of the usual 60,000 capacity at Optus Stadium, in line with Phase Four restrictions.

"If Geelong and Collingwood come here, it will be a secure quarantine arrangement whereby they do not mix with local people," he said.

The Victorian clubs will be required to hub at Crown Resorts Perth, except for when their matches are played at Optus, after which players are required to go back to Crown.

"That's the requirement so they'll have to meet those rules."

WA has no new active COVID-19 cases, with the state's total remaining at 609.