A private syndicate of local investors led by Australian Development Capital has contracted to acquire a state government site in East Perth where it plans to develop a town centre with residential, retail, office accommodation and community space. 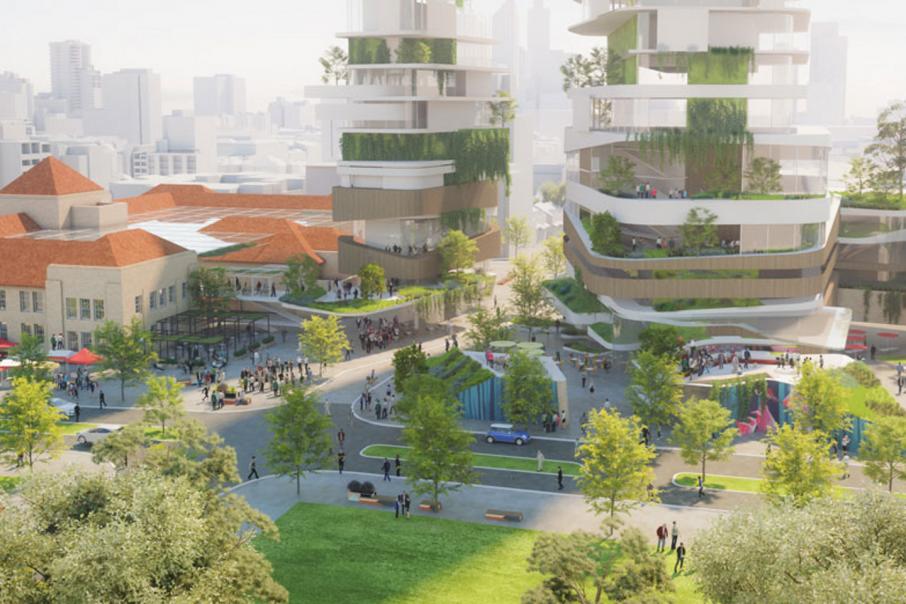 A private syndicate of local investors led by Australian Development Capital has contracted to acquire a state government site in East Perth where it plans to develop a town centre with residential, retail, office accommodation and community space.

The syndicate, led by ADC with a cornerstone investment by Tim Roberts' Warburton Group, has entered into a contract with the Department of Planning, Lands and Heritage to purchase 20 Bronte Street, a 6,265 square metre site in East Perth.

The sale of 20 Bronte Street, conducted by Colliers International on behalf of the state government, is expected to settle within the next 60 days.

Details of the transaction, including the sale price, will be published on the department’s website following settlement.

ADC and Warburton acquired the adjacent 11,162sqm old Perth Girls School site including its heritage-listed buildings, as well as an 844sqm property at 22 Bronte Street, in 2017.

When the sale of 22 Bronte Street settles the syndicate’s total land holding will comprise over 1.8 hectares with four street frontages, with plans for an integrated mixed-use development.

20 Bronte Street was originally a cemetery during the early days of Perth, with potentially hundreds of human remains buried at the site.

As a condition of the sale, the syndicate must enter into a heritage agreement, which will ensure the exhumation and reinterment is conducted in an ethical manner.

More recently the site was utilised as the East Perth Motor Vehicle Licensing centre, and prior to that as the play grounds for the Perth Girls School.

Lands Minister Rita Saffioti said 20 Bronte Street, which currently sits vacant, will be renewed along with the Old Perth Girls School as a mixed-use precinct that will offer residential, retail, office accommodation and community space.

“The buyers have extensive experience with similar redevelopment projects, including a number of heritage properties within the Perth CBD,” Ms Saffioti said.

“The property development team has a strong understanding of the heritage values of the property, and will respect the building’s history and heritage as part of the repositioning of the site as a residential, mixed use and community hub.”

Interested parties for the acquisition of 20 Bronte Street were required to submit their vision for future development and proposals were assessed across a range of criteria.

ADC director Adam Zorzi said designs for the syndicate’s proposal were developed by NH Architecture, which are based in Melbourne.

“We applaud the state government agencies and the minister for planning for taking the time to understand our vision for the future of East Perth and supporting our bid,” Mr Zorzi said.

“Development in East Perth over the past 20 years has been somewhat fragmented and disjointed, and despite there being a relatively considerable population between Claisebrook Cover and Adelaide Terrace, the precinct distinctly lacks amenity for residents and visitors.”

Warburton head of property and business development Marcus Le Messuerier said the group’s vision for the amalgamated landholding was to create Civic Precinct integrating the heritage buildings in the heart of East Perth.

“As our city grows, we need to see more focus on inner-city living,” he said.

“This can be a transformational project and major catalyst for the rejuvenation and development of East Perth into a thriving part of Perth CBD.”

The planning process of the redevelopment will commence shortly and include public and authority consultation in early stages.

Maintenance and restoration works on the old Perth Girls School buildings at 2 Wellington Street are already under way and ADC and Warburton have engaged local arts group Artrage as part of a medium-term activation strategy for Fringe World Festival programming and other creative community uses.

ADC director Rod Hamersley said this would start the re-birth of the location as a hub for arts, culture, retail, civic, business and residential uses.