The competition watchdog has warned that the privatisation process for Fremantle Ports could deliver a high price to government but at the expense of port users. 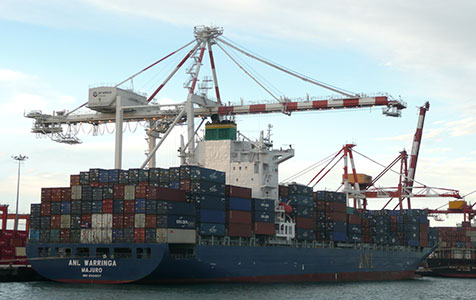 The competition watchdog has warned that the privatisation process for Fremantle Ports could deliver a high price to government, but that it may come at the expense of port users.

It also is concerned about the tender process for Fremantle’s two stevedoring terminals, run by Asciano subsidiary Patrick, and DP World.

This tender process is currently on hold, pending the state government’s decision to privatise the port itself.

The government and its key advisers, Rothschild and Deloitte, are currently evaluating the best way to sell the port, which is tipped to raise about $2 billion.

The ACCC has cautioned that regulation of the port, and the stevedoring tender, will both have a critical bearing.

The tender for the stevedoring terminals has the potential to be a positive development, the ACCC said in its annual container stevedoring report, released today.

“Fremantle Ports has the opportunity to improve the capacity and performance of the terminals, including their interactions with the landside supply chain,” it said.

The ACCC said Fremantle Ports may follow other port operators who have used the renegotiation of stevedoring leases to introduce benchmarks or incentives for performance.

“Potential benefits, however, could be lost if bidders for new stevedoring leases are chosen based on price at the expense of competitive outcomes and improved terminal performance.

“This is particularly relevant in the context of the proposed privatisation of the Port of Fremantle, as this may provide a basis for inflating the value of the terminals and therefore the amount that bidders for the long term lease of the port are willing to put forward.”

However, it said changes were needed elsewhere in the supply chain so these improvements flowed through to consumers and exporters.

“The ACCC is particularly concerned that the existence of entrenched and inadequately regulated monopoly port operators is adding costs to the economy and effectively amounts to a tax on consumers and exporters into the future,” it said.

It cited the privatisation of the Port of Newcastle as an example of how not to do it.

“An example of the danger of privatising assets without appropriate regulatory controls is illustrated by recent developments at the Port of Newcastle—the world’s largest coal export port,’’ the ACCC said.

“The Port of Newcastle was leased in 2014 with effectively no regulatory oversight.

“The Port of Newcastle has since increased its prices and revalued its assets without any independent check on the appropriateness of those charges.

“The ACCC is therefore encouraged by the intended approach of the Victorian government to strengthen the arrangements to apply to the Port of Melbourne once it is privatised.”

The proposed privatisation of Fremantle Ports is complicated by the looming need for an ‘outer harbour’ development at Cockburn Sound, once the inner harbour at Fremantle reaches capacity.

The ACCC noted that privatisation may present the state government with an opportunity to facilitate future competition between the existing facilities in Fremantle and new facilities in the outer harbour.

However, it is expected the successful bidder for the harbour will acquire the rights to run the existing harbour and develop the outer harbour.

Acting Treasurer John Day told Business News that key operating and efficiency requirements had been built into the tendering process initiated by Fremantle Ports in relation to the North Quay container terminals.

This included a requirement for operators to achieve specific levels of performance in key areas.

“The proposed sale process is still at the due diligence stage, with future requirements to accommodate trade growth one of the important areas which will be considered by government in determining the port model to be offered to the market,” Mr Day said in a statement.

The ACCC’s analysis indicates that the existing stevedores at Fremantle could face spirited competition in the tender.

It noted that Patrick’s market share has increased in recent years, with two shipping lines - Maersk in 2011, and K Line in 2014 – switching from DP World to the Asciano subsidiary.

The stevedores have both invested in new equipment at Fremantle, with DP World installing a ‘post Panamax’ crane in April that has capacity almost double that of its predecessor.

Their main competition is likely to come from Hutchison Ports Australia, which has commenced stevedoring operations at Brisbane and Sydney in recent years.

The ACCC said Hutchison was yet to attract adequate market share.

The watchdog said one of the challenges it faced was that some shipping lines preferred a national stevedoring service.

DP World and Patrick have operated the stevedoring terminals at Fremantle’s North Quay since 1996, when they were awarded 21-year leases.