Brookfield Infrastructure has suffered a blow in its contested takeover bid for port and rail provider Asciano, with the ACCC declining to accept a series of behavioural undertakings offered by the Canadian group. 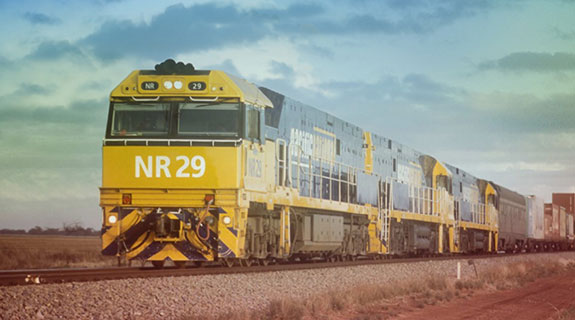 Brookfield Infrastructure has suffered a blow in its contested takeover bid for port and rail provider Asciano, with the Australian Competition and Consumer Commission (ACCC) declining to accept a series of behavioural undertakings offered by the Canadian group.

But it doesn’t yet mean the acquisition itself won’t proceed.

The $9 billion takeover would mean that Brookfield Rail, which operates the state’s rail freight network, and Pacific National, one of the network’s biggest customers, would be owned by the same company.

That is just one example of a number of vertical integrations across the country, and Brookfield had sought to reduce concerns about the impact on competition through the undertakings.

ACCC chairman Rod Sims said the watchdog would continue to review the proposal.

“The ACCC’s review of the proposed acquisition continues and we are assessing the large volume of submissions from industry participants and the parties,” Mr Sims said.

“While the ACCC does not generally make public its decision whether or not to consult on proposed undertakings, we considered it important to do so in light of the recent media reports that Brookfield has proposed long-term behavioural undertakings to the ACCC."

The major factors the ACCC reviewed in dismissing the undertakings including the complexity of vertical integration, the difficulty in developing clear yet flexible obligations, and feedback from other market participants.

That included opposition from rail users in Western Australia, such as by agricultural lobby group WAFarmers.

The ACCC further considered whether it was appropriate for the proposed undertakings to rely on Western Australian and Queensland based access regimes.

"(They) are subject to change and in some cases have been criticised for their lack of effectiveness in dealing with key issues such as vertical integration," the ACCC said.

QUBE Holdings has also made a proposal for acquisition, with the two companies now undertaking due diligence.

The ACCC announced yesterday that it would conduct an inquiry into that bid, too, in which Qube, with the support of foreign pension funds, plans to break up Asciano.

In a release today, Asciano said that its board continues to unanimously recommend the Brookfield proposal.