The competition watchdog plans to grant a regulatory exemption to WA Chip & Pulp Co, which will allow the Japanese-owned woodchip exporter to continue its partnership with international grain trader Bunge at the Port of Bunbury. 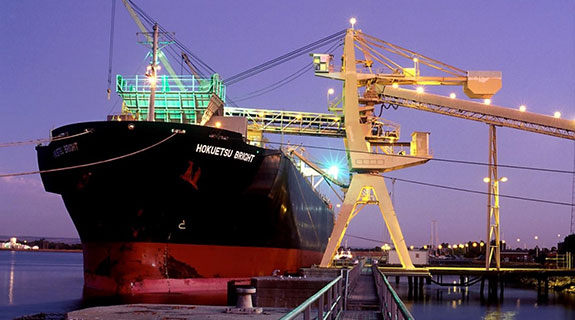 WAPRES's ship loader at the Port of Bunbury.

The competition watchdog plans to grant a regulatory exemption to WA Chip & Pulp Co, which will allow the Japanese-owned woodchip exporter to continue its partnership with international grain trader Bunge at the Port of Bunbury.

The Australian Competition and Consumer Commission today released its draft view on the application by WA Chip & Pulp Co, which is wholly-owned by Japanese trading house Marubeni Corporation and generally known as WA Plantation Resources (WAPRES).

The ACCC said WAPRES would face enough competitive constraint to warrant granting it an exemption from certain parts of the Port Terminal Access (Bulk Wheat) Code of Conduct when providing services at its Bunbury facility.

“Granting an exemption to WAPRES would place it on a level regulatory playing field with CBH Group, which is the dominant provider of port terminal services in WA and has already been granted an exemption at its WA ports by the minister for agriculture,” ACCC commissioner Cristina Cifuentes said.

WAPRES wants to continue using its terminal and ship loading facilities in Bunbury, which were originally designed and operated solely to export woodchips, for the export of bulk wheat and other grains.

“WAPRES is seeking to diversify and increase its revenue base by increasing the capacity utilisation of its ship loading assets,” the company said in its application.

Bunge intends to continue exporting wheat, barley and canola from the facility.

“The ACCC considers that in the absence of full regulation under the code, WAPRES will continue to face strong competition for bulk wheat volumes from CBH’s terminals,” the ACCC said.