Business leader Duncan Calder has resigned as the national president of the Australia China Business Council after being charged with sex offences. 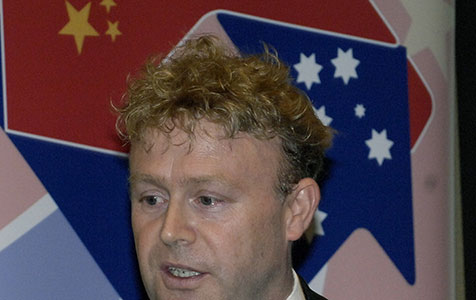 Business leader Duncan Calder has resigned as the national president of the Australia China Business Council after being charged with sex offences.

One of the state’s best connected leaders when it comes to China, Mr Calder is understood to have been released on bail after appearing before the Perth Magistrates Court yesterday.

The 50 year old was charged on June 26 by WA Police Child Abuse Squad detectives charged with regard to allegations that he was involved in two incidents.

A police statement released on July 2 had details of the allegations but did not name the accused. The police said first incident occurred in January 2008, when it is alleged the man involved encouraged a 14-year-old girl to commit an indecent act.

The second incident occurred on June 26 when police apprehended the man in Highgate as he was allegedly attempting to solicit a prostitute.

Mr Calder, a partner at KPMG, resigned his ACBC post yesterday before he went to court, citing personal reasons.

His last major appearance at an ACBC event was a luncheon in Perth was on June 25, the day before his arrest, when he played host to the Australian ambassador to China Frances Adamson who delivered an address on current state of Chinese economic reforms.

ACBC chairman Ian McCubbin has been appointed national president, a position which Mr Calder held for about nine months after stepping down as the head of the WA chapter late last year.

Editor's note: In October 2015 Mr Calder was acquitted of the charges and, later, a separate charge of seeking a prostitute in the view of a public place was dismissed in the Perth Magistrates Court.