SPECIAL REPORT: Western Australia’s record housing downturn has shaken up the hierarchy of the state’s biggest builders, with ABN Group now topping the list and two new entrants making their way into the market’s top five since industry activity peaked midway through the decade. 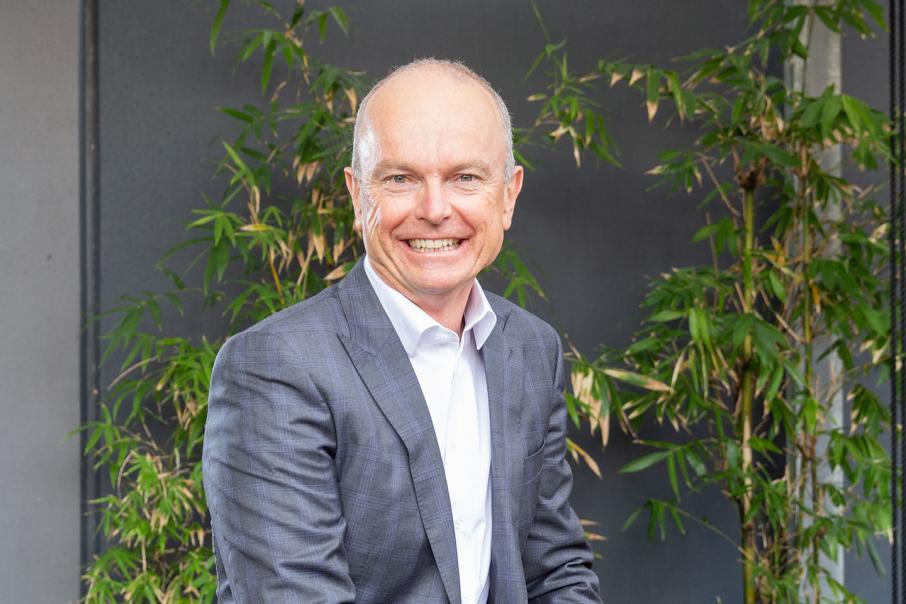 Western Australia’s record housing downturn has shaken up the hierarchy of the state’s biggest builders, with ABN Group now topping the list and two new entrants making their way into the market’s top five since industry activity peaked midway through the decade.

ABN Group’s 1,703 WA starts were complemented by more than 1,200 starts in Victoria, placing the company as Australia’s third most active overall, while BGC Housing Group’s second-place ranking in WA marks the first time since 2003 that it has not held the title of the state’s biggest builder.

However, if Ventura Home Group’s figures are added to the BGC Housing Group total to reflect both companies’ ownership by BGC Australia, the biggest builder of WA houses technically remains the empire that Len Buckeridge built.

The BNiQ residential builders list is calculated using statistics derived from the Housing Industry Association-Colorbond Steel Housing 100, as well as additional research on companies that do not participate in the
HIA survey.

BGC declined to provide data for the past two Housing 100 surveys, but statistics provided to Business News indicated it remained WA’s most productive. 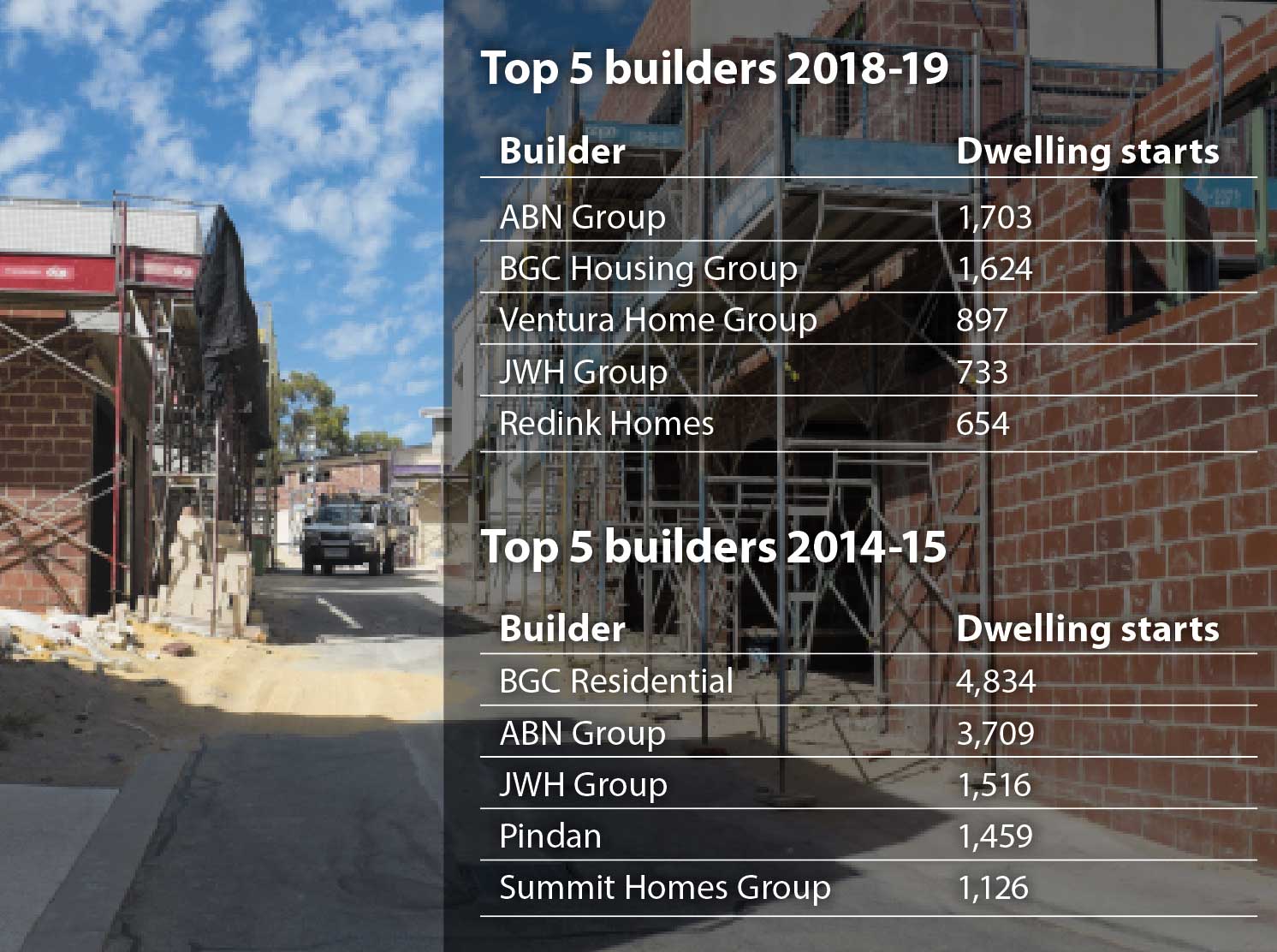 Other major changes since the 2015 list include Summit Homes Group falling out of the top five, with its dwelling starts falling by 49 per cent to 567 in 2018-19, almost exactly in line with overall industry numbers.

Pindan has felt the brunt of WA’s slow multi-residential market, with its starts falling 65 per cent since 2015.

Long-running building outfit Hanssen, however, has fared much better in the apartments space as activity has declined, largely thanks to an exclusive arrangement with Perth’s biggest apartment developer, Finbar Group.

Redink Homes has emerged as one of the stronger-performing detached housing builders throughout the downturn, with its building starts falling only by 36 per cent from the peak of the market, lifting the company to fifth overall.

JWH Group managing director Julian Walter said despite the halving of construction starts, the structure of WA’s building industry had been largely
resilient.

“I’ve been doing this for 40-odd years now, but the big thing that everyone has to realise is we went to a pretty unprecedented high of 32,000 starts” Mr Walter told Business News.

“If you put it in context, the market went way over the top and we’ve swung below the curve now, but we haven’t swung below by as far as we went over
the top.”