AAMC signs on FMG for Aboriginal-owned mine 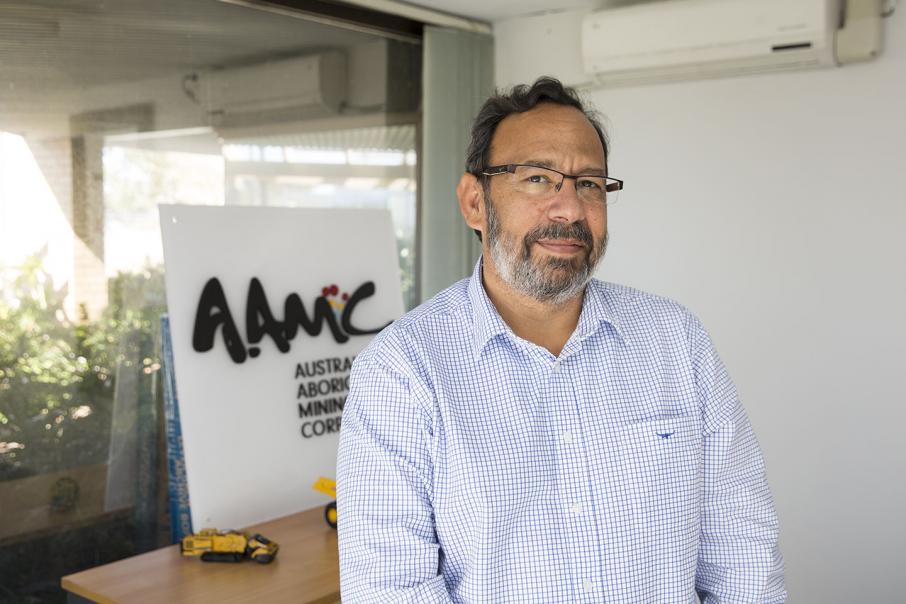 Daniel Tucker is confident the company will be in production later this year. Photo: Attila Csaszar

Perth-based AAMC has signed a term sheet with Ascot Resources to acquire the Wonmunna project, located north-west of Newman, and expects to lock in a formal sale and purchase agreement next month.

Wonmunna comprises a reserve of about 20 million tonnes of iron ore with a 59 per cent grading, which is below the 62 per cent ore quality that attracts the top price.

The proposed project would see the ore transported 190 kilometres by road to Fortescue’s Cloudbreak operation.

Three years ago, the company was also buoyant about its Extension iron ore project nearby, which has now taken a back seat, but Mr Tucker said AAMC’s latest venture was legitimate.

“This is more like a done deal; where the market is now and the grade that we’ve got here, this is more of a robust project for now,” he said

AAMC also has a sale and purchase agreement with Fortescue to deliver the ore to Cloudbreak and is targeting production in late 2018.

The project is expected to run for at least five years, operating at a rate of between 2mt and 5mt of iron ore annually.

Subject to completion of the acquisition, AAMC will develop Wonmunna as a contract-mining operation, and has entered into an arms-length binding agreement to engage Aboriginal mining contracting businesses Carey Mining, which is owned by Mr Tucker.

AAMC is forecasting that the project will create 180 jobs during construction and provide about 160 ongoing operational jobs.

“AAMC’s proposed development of the Wonmunna Iron Ore Project establishes a milestone for Aboriginal engagement in Australia’s mining industry and should serve as a blueprint for the creation of more Aboriginal-owned mining companies in Australia,” Mr Tucker said

“We now look forward to getting on with the job of securing the necessary funding through PCF followed by the establishment of mining operations at Wonmunna.”